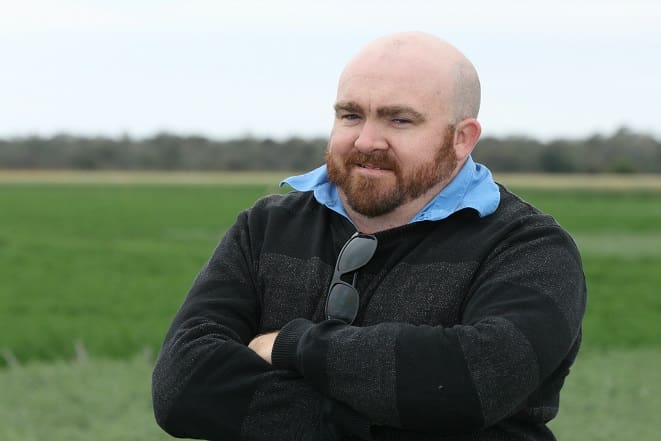 Mr Bell, who is based at Emerald in Queensland’s Central Highlands, suspects additional strategic N applications based on system requirements rather than simply a crop-by-crop basis could potentially deliver greater overall farm productivity and profitability.

This theory has been tested over the past five years as part of a major grains research investment into the long-term impacts on productivity, profitability and soil health under different farming systems.

The northern farming systems initiative is a key research investment for the Grains Research and Development Corporation (GRDC) alongside research partners, the Department of Agriculture and Fisheries, CSIRO and the New South Wales Department of Primary Industries.

It centres on comparing a baseline system with a number of system modifications such as higher amounts of legumes in the rotation, higher intensity of cropping, higher nutrient inputs, higher soil fertility with manure inputs and a more comprehensive weed management program.

The project incorporates a trial site at Emerald which is one of six regional sites stretching from central Queensland to central west New South Wales.

Mr Bell was among a number of agronomists and growers who attended a recent workshop in Emerald to discuss the project’s outcomes and practical implications for farming operations in the Central Highlands.

“The high nutrition and high fertility treatments were particularly interesting. I have long suspected we are only putting on just enough N to make an average crop and some of the initial trial results certainly suggest that we could be leaving a fair bit of yield on the table due to lack of fertiliser,” he said.

“At the same time the high legume rotation highlighted that we may need to revise our views of legume crops in the rotation.

“Instead of being a net contributor of N, the trial results suggest that in the long-term, a high legume rotation will be a net exporter of N due to the fact that these crops are not currently fertilised with N and tend to take out more N than they contribute.”

Like other growers across Australia, Central Highlands growers are facing significant challenges to their farming system from soil fertility rundown as well as other issues such as herbicide tolerance/resistance in weeds such as milk thistle, feathertop Rhodes grass and sweet summer grass.

Extensive research into both issues has been undertaken by GRDC in the northern region, particularly within the deep placement of phosphorus (P) and potassium (K) and integrated weed management techniques to help growers address these productivity challenges.

The impact of these challenges can reverberate across the entire farming system and leave growers with little option but to reassess their existing farming practices, highlighting the importance of research to investigate the ramifications of system modifications to overall farm productivity and gross margins.

“By way of example, the deep P and K work that’s been undertaken in central Queensland has achieved significant success in certain situations but as a result, we need to pay close attention to our N fertiliser management and watch that our N levels don’t become limiting as well,” Mr Bell said.

“Overall, the trial work is starting to deliver some valuable information, especially now that results from the different system modifications are starting to separate in yield and dollar terms.

“It is important to remember that it’s impossible to simulate every local scenario within the trial but you can generate overarching data on that allows growers to make more informed decisions down the track.”

From a practical perspective, the results to date are likely to provide agronomists like Mr Bell with the impetus to consider broadening the scope of agronomic options in certain scenarios, particularly with regards to soil nutrition management.

“It will be interesting to experiment with higher rates of N to see what extra yield is achievable,” Mr Bell said.

“It also highlights the importance of increasing the overall amount of N in the system, rather than only fertilising for cereal crops, especially if the soil is inherently low in N.

“In terms of cropping frequency, maybe in some instances we need to look at setting slightly more conservative trigger points for planting crops – for example, needing a full profile before planting sorghum in the early part of the planting window.”