PERTH’S Curtin University has opened a new $46 million agriculture research facility as the new home for its Centre for Crop and Disease Management (CCDM). 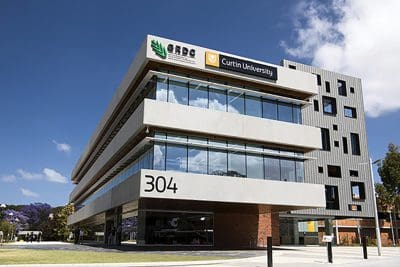 The building will be pivotal in helping the CCDM, a national research centre supported by Curtin and the Grains Research and Development Corporation (GRDC), to reduce the impact of crop disease on Australian growers.

Curtin University vice-chancellor, Professor Deborah Terry, said up to 80 CCDM researchers would be able to work on pathogens that posed a threat to Australian farming systems within a contained environment in the building’s three storeys of specially-designed laboratory space.

“Crop diseases are a primary cause of reduced yields in Australia, costing the grains industry more than $1.5 billion per year,” Professor Terry said.

“Never before have CCDM researchers, who do such important research in areas including crop genetics, fungicide resistance and farming systems, been in a better position to reduce this economic burden on grain growers.

“I look forward to seeing the differences they will make to the Australian agriculture industry.”

GRDC managing director, Dr Steve Jefferies, said the new building was a product of the bilateral research agreement signed in 2014 between GRDC and Curtin.

“New varieties with higher levels of disease resistance as well as improved disease management practices are contributing to putting money back in the pockets of growers.”

CCDM researchers using the new facilities will continue to work on reducing the impact of a cereal, oilseed and pulse diseases, including yellow spot and septoria nodorum blotch in wheat, powdery mildew in wheat and barley, net blotch in barley, sclerotinia in canola, and ascochyta blight in pulses.

The building features uniquely-designed physical containment (PC) level two and three laboratories, enabling high-level strategic experimentation on important crop diseases, as well as those that pose as a biosecurity risk to Australian farming.