AS THE wider grains industry looks to begin its winter-crop harvest, a few Darling Downs growers are still picking the cotton they planted close to 12 months ago.

While highly unusual for the region, dryland grower Jamie Grant said the rain-induced delays have not diminished the anticipated quality of the crop.

The Downs traditionally finishes picking in June, but some growers were pushed into August and September by the wet weather, and Mr Grant is among those eyeing an October or later end date.

Mr Grant, who farms at Jimbour north of Dalby, planted 1821 hectares of cotton last year and has about 320ha yet to pick.

“The cotton is fine; if you are patient, you just have to sit back and let it bleach out and fluff out and then pick it,” Mr Grant said.

He said he is taking advantage of every day where it is possible to get a picker on the paddock to put a dent in the remaining cotton.

“Between every change, we have been getting a day or two in.

“This last change, we only got Monday, and we have three pickers there, so we got [120ha] done.

“Each time there is a bit of a break we knock a bit off; we are gradually getting there.”

Rather than bringing him down, Mr Grant said the seasons impacted by the La Niña weather pattern have been a welcome change for a region which was severely hit by drought.

“This is the reset all the country needed; we have been running on fumes for 10 years.

“There is always light at the end of a tunnel in a flood or a wet year, but in a drought, you just don’t know what the next year will bring.

“If you have a flood and everything is wet, you know that next year you will get a crop, and that is a bloody good thing.”

He said the difficultly in accessing the paddocks and the extra rainfall has increased weed levels.

“We battle with weeds as everyone has because we haven’t been able to get on the ground when we wanted to. 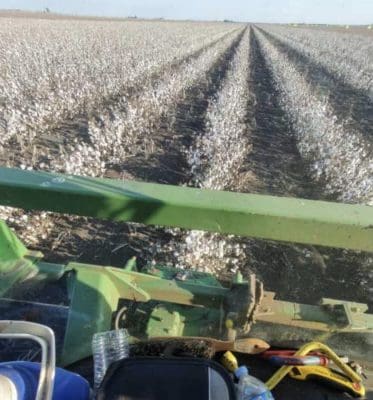 Large-scale corporate farmer, Warakirri Cropping, is another operation which is believed to have hit setbacks because of the wet weather.

According to reports, Warakirra is yet to pick some of the cotton crop at its 9077ha Myobie aggregation near Dalby.

It is believed the operation could still be picking until November.

The prospect of Mr Grant and Warakirri making any significant ground in the coming week is not high, with the Bureau of Meteorology predicting cloudy weather and showers, mainly on Sunday.

However, temperatures are expected to rise at the end of the week to tops of 25-28 degrees, which may help reduce some of the excess moisture and flooding.

The Darling Downs Cotton Growers Inc. (DDCGI) predicts about 400,000 bales will be processed at these gins for the 2021-22 season.

It is believed the Queensland Cotton sites finished ginning in September, but the company expects that it will accept some small quantities of cotton later this month.

The LDC site will continue ginning until at least December, with the facility also receiving cotton from the Ord in Western Australia, Northern Territory and North Queensland.

However, the unusually late season and size of northern crops may result in the LDC site still ginning into early 2023.

Many Darling Downs growers, some of which could not plant a winter crop due to wet conditions, are preparing for the upcoming summer plantings.

Cotton Australia Darling Downs regional manager Janet Barker said the time of planting will be highly dependent on the location of the individual grower.

She said some growers with wet or flooded paddocks would not have had the chance to prepare for an earlier planting.

“Mid-October is generally the opening of the window in the Downs,” Ms Barker said. 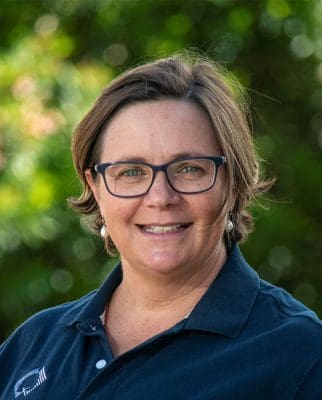 “However, it is going to be pretty spread out because many people are going to be struggling with ground prep.”

DDCGI president Dave Walton said has was one of the lucky growers who was spared much of the recent heavy rainfall.

Mr Walton, who has a property near Dalby, did not have a 2021-22 summer crop and was well prepared for the upcoming season.

“Thankfully we have had two weeks of dry weather now,” Mr Walton said.

“We are planting sorghum at the moment and then hoping to get cotton in in the next three weeks.”

Traditionally a late planter, Mr Grant said he will look to sow in mid-November, if the weather behaves.

“We have these three-metre rows, and we will plant cotton again up the middle of those rows and we alternate again next year.

“We have got a pretty good profile and good opportunity to plant.”

He said generally Darling Downs growers are optimistic about the upcoming season.

“The irrigators have full dams and cotton is a very resilient crop.

“You have to do the right thing by it, but once you get it rolling it is a very resilient crop.”