A lower than expected production of Pacific Seeds’ Resolute variety is causing issues for growers ahead of planting. Photo: Pacific Seeds

SORGHUM growers are scrambling to secure seed stocks ahead of what is expected to be a bumper planted area this season.

A lower-than-expected production of one of Pacific Seeds most popular varieties, Resolute, is exacerbating the problem.

Sorghum is primarily grown in Queensland and New South Wales, and is typically planted from September onward.

However, lack of availability of the high yielding, most popular varieties may push some growers into trialing or expanding other summer-crop area, such as dryland cotton, corn or mungbeans. 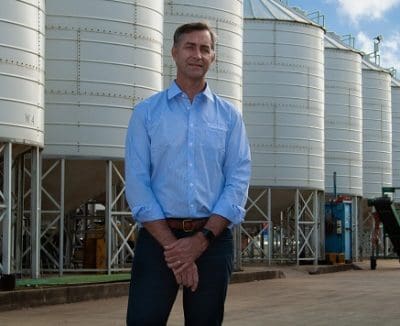 “We projected that we would require more than we have been able to produce,” Mr Croker said.

While he would not disclose the reasons behind the shortfall, Mr Croker said it has not impacted production of other varieties.

“We have had a reduction in our production…of Resolute, but we had an increase in some of our other products.

“Overall, our supply is better than we had planned 12 months ago.”

Dalby Rural Supplies agronomist Andrew Johnston said getting an adequate supply of sorghum seed “is an issue”, especially for the preferred varieties.

“Sorghum seed supply has been challenging over the last month,” Mr Johnston said.

“Some of our more reliable varieties have sold out and they have been very difficult to get.

“You can still get sorghum varieties but some of them might not suit some areas.”

Mr Johnston said this shortage has had a “snowball effect” on other varieties, making them more difficult to find.

The situation is no easier for NSW growers, with Delta Ag Moree agronomist Leigh Norton also seeing a shortage in varieties.

He said growers have definitely felt the loss of Resolute from the marketplace.

“Sorghum seed is so hard to get,” Mr Norton said.

“There are plenty of silos of hybrid seeds about, it is just not the preferred ones.”

He said most growers will resort to planting a less-preferred variety in order to capitalise on the full soil-moisture profile.

Pacific Seeds’ closest competitor in terms of market share, Pioneer Seeds, is not experiencing any production issues, but is not immune to the increased demand and run-on effects from the Resolute shortfall.

“Pacific Seeds are a market-leading company in grain sorghum and when they have issues with production it puts pressure on other companies within the chain,” Pioneer Seeds portfolio manager Rob Johnston said.

He said the company was confident it could “fulfil the shortfall in the market”.

“With Pacific Seeds being short, there has been a lot more demand driven through the other companies that sell grain sorghum.”

However, Mr Johnston said this excess demand has meant Pioneer Seeds has sold out of its newest variety.

“We released a new product this year, A88, which was snapped up fairly early and it has certainly sold out,” Mr Johnston said.

“But across the board we have got good supply of grain sorghum and…we have plenty of other varieties that do a good job.” The positive seasonal conditions and a reduced winter-crop area in some NSW and Queensland growing regions has resulted in increased interest in growing summer crops.

“[We] are seeing demand stronger than we have planned and that is one of the challenges when you are producing 12 months in advance,” Mr Croker said.

“From a total summer-crop perspective, whether that is grain sorghum, sunflower or corn, there is strong demand on the back of a reduced winter-crop and a good seasonal outlook and good soil-moisture profile.

“There is confidence and there will be a large summer-crop planting across all crops.”

He said Pacific Seeds has seen “unprecedented” demand from non-traditional growing regions, such as southern and western parts of NSW.

Rob Johnston said he has also seen this trend in different parts of NSW.

“In some of the western areas of NSW we have seen a fair bit of demand, which is usually not the case.”

For growers who have acquired adequate sorghum seed stocks, agronomists believe most will be starting planting early in the traditional window.

However, this will depend on upcoming rainfall and temperatures.

Based in Dalby, which has been one of the worst-hit growing regions from flooding events, Andrew Johnston said weather will determine when sorghum planting begins.

“It is just coming down to rainfall and soil temperatures.

“After the next change that comes through [this week] if we get any sort of a dry phase without rainfall, there will definitely be early sorghum go in, there is no doubt about it.

“We have got some western guys that would nearly start [this week].”

He said currently, Downs growers are bullish about the size of the crops they will achieve; however, more flooding later in the year will be a blow.

“A lot of winter crop has gone in, but there is certainly going to be, going on our sorghum sales…a lot of sorghum go in.

“One of our biggest issues at the moment…is what the next two to three months is going to do in terms of rainfall.”

Mr Norton said NSW growers were also positive about the upcoming season, but were not rushing out to plant a very early crop.

“It will be more of a traditional window than going too early.

“It is quite cold and wet with large stubble loads.

“With a forecast for a wet September, we are probably not in a rush to have the most amount of crop in too early.

“We need to start seeing some 26 (degree) days before we get too excited.”

This is due to record average yields rather than crop size, with Queensland predicted to see a 3.93t per hectare yields and NSW sitting at 5.6t/ha.

The next ABARES Crop Report to be released on September 6 will provide an update on these figures.