Does diversity help with weed control and herbicide resistance? 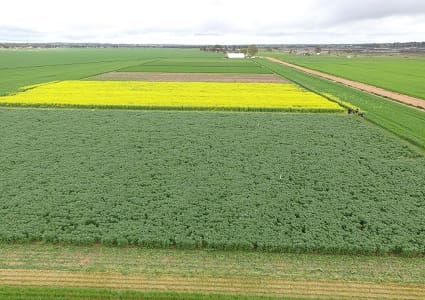 Dr Ken Flower has been managing a long-term farming systems trial in Cunderdin WA that is demonstrating how diversity in weed control tactics is essential across any crop rotation cycle.

With co-investment from the GRDC, WANTFA engaged Dr Ken Flower, now a senior lecturer at the University of Western Australia School of Agriculture and Environment, to establish and monitor a large-scale, long-term farming systems trial. 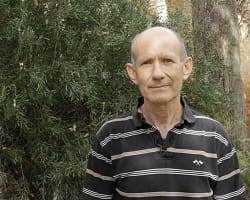 “This trial has been running for 12 years now and we have been able to measure the effect of four farming systems with different levels of crop diversity in 3-year rotations,” Dr Flower said.

“The least diverse system is monoculture wheat, next is continuous cereal rotation, third is a cereal/legume/brassica rotation. The fourth system is farmer-designed and follows a cereal/cereal/break crop (or fallow) rotation.

“An important feature of this trial is that there is built-in flexibility in the design that allows us to respond to any build up in weeds. Every three years we decide on the best combination of crops, varieties and available technologies that are compatible with each farming philosophy treatment for the next three-year rotation.”

Having now completed 12 seasons of the trial on an alkaline red sandy clay loam at Cunderdin WA, the weed pressure is considerably higher in the monoculture wheat treatment while all other treatments have allowed more diverse and effective weed control programs to be implemented using herbicide mixing and rotation, crop tolerance technologies and harvest weed seed control.

Longer answer: In the monoculture wheat, it didn’t take long for grass weeds to build up in numbers. The main weed species at the site have been wild oats, brome, rye and barley grasses. There are limited herbicide options in the monoculture, except rotating between registered MOA for wheat, although the recent inclusion of Clearfield wheat in the rotation has been very effective. The wheat variety sown has changed over time to reflect improvements in plant breeding.

In the continuous cereal treatment, including barley as a more competitive crop at least once every three years has helped keep weed numbers lower.

Were broadleaf crops an effective weed control measure in the more diverse treatments?

Short answer: Yes and no.

Longer answer: Roundup Ready canola has been a very effective tool in the diverse farming systems. The legumes have been a weak link in the rotation in terms of weed control. Narrow leaf lupins were initially used in the legume phase and then the switch was made to field peas.

Field peas have the distinct advantage of being sown at a later date, allowing better knockdown weed control after the breaking rain but before seeding. Chickpea and albus lupin have also been used, but it has not been possible to overcome the tendency for weeds to build up in the legume phase.

The fallow in the farmer-designed rotation has been particularly effective at reducing weed numbers, but may have an impact on soil organic carbon, which we are looking at.

Has herbicide resistance evolved in any of the treatments since the trial started in 2007?

Short answer: Herbicide resistance testing has not been conducted during the trial.

Longer answer: There was known resistance in annual ryegrass to Group A herbicides so this has been taken into account when planning herbicide mixes. Throughout the trial researchers and WANTFA farmers have responded to weed pressures with the aim of keeping numbers low.

Short answer: Yes. The introduction of NWB has provided a distinct reduction in weed numbers in all treatments.

Longer answer: Narrow windrow burning was introduced after the 2010 harvest mainly as a means of providing a low-stubble and high-stubble comparison for assessing soil moisture effects. One of the original research questions at the trial site was ‘how much stubble is optimal for profitable crop production?’ but there was not sufficient difference between the treatments so the decision was made to split the plots using narrow windrow burning to provide a low-residue treatment within each of the four farming systems.

Adding a non-herbicide weed control tactic to the trial design brought an immediate reduction in the NWB plots within each treatment. As expected with NWB over time, nutrients are concentrated in the windrow, creating uneven crop growth. This is exacerbated in a controlled traffic farming system, as the stubble in the narrow windrow is placed in the same position each year. 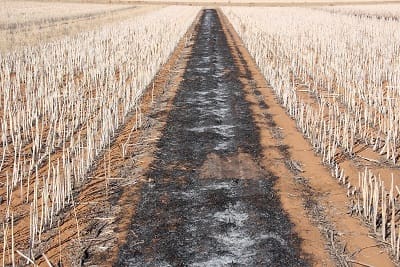 The recent addition of harvest weed seed control (narrow windrow burning in this case) has been very effective in driving down weed numbers, particularly in high risk rotations