TRIALS investigating the interaction between canola variety and sowing date throughout the southern and northern farming zones have shown that, even in a tough season, sowing canola early and getting the agronomy right improved yields.

The work focused on quantifying potential yield and grain quality benefits from sowing crops in early to mid-April and investigated the tactical agronomic requirements to achieve successful outcomes, by looking at varieties suitable for earlier sowing and their management.

Trial sites were located at 14 sites, from the Eyre Peninsula in South Australia and the Wimmera in Victoria through to the central-west slopes of NSW and the Darling Downs in south-eastern Queensland. 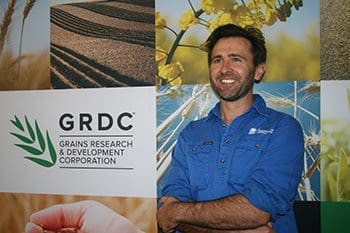 NSW DPI research agronomist Rohan Brill says getting sowing dates right so canola flowered in the optimum window for your region was critical for crop success.

“In the western cropping region of southern NSW (west of Wagga Wagga), extreme weather conditions experienced in 2017 made it difficult to grow profitable canola, yet there were crops that were profitable with grain yield of 1 to 2 tonnes/hectare even in the same landscape where many crops yielded less than 0.5t/ha,” Mr Brill said.

“In the eastern half of southern NSW, although much drier than average in 2017, canola yielded close to average with some exceptional results on the upper slopes.”

But differences between crop yields on a local scale weren’t so much due to differences in the environment or seasonal conditions, rather Mr Brill said came down to management factors like ensuring a weed free fallow, maintaining ground cover over summer and matching sowing date and variety.

“The main message from 2017 is the importance of matching sowing date with varietal phenology to flower at the right time, reaffirming a consistent message from years of canola research,” he said. 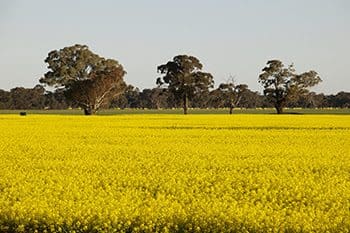 “Secondly, to achieve high yield, growers need to manage the crop with optimum nitrogen fertility and finally with the former two manageable factors in place, research data shows hybrid varieties can take grain yield to the next level.

“But that said variety choice isn’t a silver bullet in isolation, growers need to get time of sowing right and manage crop nutrition effectively.”

Mr Brill said although frost had a major impact on grain yield in 2017, especially in western areas, there were management decisions that significantly affected how crops recovered.

“Matching sowing date and phenology so crops flowered in the optimum window ensured that crops were not too far advanced through pod set when the frosts hit, but were also not so late that yield was limited by rising spring temperatures,” he said.

“Hybrids tended to recover better from frost damage (which requires further investigation) but it was still possible to achieve profitable yields with OP varieties.”