PAIRING long fallowing with the early sowing of wheat is proving to be a successful combination when it comes to maximising crop yield potential. 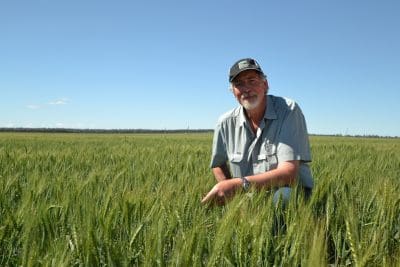 Research supported by the Grains Research and Development Corporation (GRDC) and conducted by CSIRO, Central West Farming Systems and Ag Grow Agronomy, is highlighting the yield value that can be derived from sowing early into long fallow country with slow developing cultivars.

Long fallowing and early sowing are complementary practices, as the fallow reduces weeds and diseases which can be difficult to control in early sown crops while early sowing with slow developing cultivars allows the crop to better use soil water stored during the fallow.

Stored soil water has the added benefit of helping establish early sown crops when there is minimal autumn rainfall.

It’s no secret that one of the major drivers of wheat yield and quality is flowering time. When it comes to selecting a cultivar and sowing time combination, the goal is to match plant development with seasonal pattern and most importantly, have flowering occur within the optimal period for yield.

In simple terms, the reason it is critical to match variety and sowing date is so that flowering occurs early enough to allow a long grain filling period before the high evaporative demands and soil water deficit of early summer occur but additionally, so the flowering period is late enough to avoid damage by frosts in early spring.

Understanding how each variety responds to the environment will help growers target varieties to their best sowing time.

This is because the longer growing season available to early sown crops allows them to grow deeper roots and extract more water, reduce evaporation and produce more biomass.

However, if there is no stored soil water for growth around anthesis and grain filling, early sown crops can hay off and will yield the same or in some cases less than faster developing cultivars sown later. This risk can be reduced by appropriate seeding rates and delaying nitrogen fertiliser application.

Growers with long fallows should keep either a winter or slow spring cultivar in order to maximise yield in seasons with a sowing opportunity in April.

They also need to keep either a mid-fast or fast cultivar to use on non-fallow paddocks, and in seasons where there is no establishment opportunity until May.

Winter, slow and mid-developing cultivars should not be sown dry, even on long fallows. If these cultivars are not established at their optimal time they will flower too late and suffer yield loss due to drought and heat stress.

As with so many areas of farming, careful planning and an awareness of the latest research data can offer the best bet on maximising crop yield and profit potential.

For more information download a copy of the GRDC Update paper `Long season wheat varieties, what are the opportunities?’ from the research and development section of the GRDC website www.grdc.com.au or click on https://grdc.com.au/Research-and-Development/GRDC-Update-Papers/2016/07/Longer-season-wheat-varieties-what-are-the-opportunities