SOUTH Australian growers have delivered 1.2 million tonnes (Mt) of grain in the week to 17 December to bulk handler, Viterra, to take the state total to 4.8Mt, while GrainCorp reports the Victorian intake at 2.43Mt has now shot past the NSW figure of 1.98Mt. 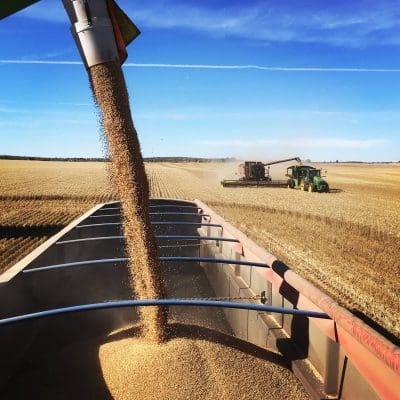 All up, GrainCorp sites have received 4.96Mt of grain, following receivals in eastern states over the week which totalled 1.1Mt, to lift total eastern Australian receivals to 9.67Mt.

This figures has been buoyed by South Australia having its biggest week of deliveries in the harvest to date.

The anomaly of Victorian receivals outweighing NSW ones has reflected the situation in southern NSW where heavy rains hit harvest hard, but had a less severe impact on many crops in Victoria’s Wimmera and Mallee.

Heatwave conditions in south-eastern Australia are likely to reduce harvesting hours this week as authorities impose harvest bans to minimise the risk of fire.

In Queensland, deliveries in the past week totaled 3500t to take the total for the state to 553,500t.

The harvest in Queensland and northern NSW is all but over.

Viterra reports the site at Cummins on the Eyre Peninsula broke its daily receival record on 13 December with 20,010t, and that growers in the Western region are close to finishing harvest.

Sites in the Central region had their busiest week of the season last week, with more than 626,000t delivered to take the total intake to 2.38Mt.

Port Giles also broke a daily record with 20,398t taken on 15 December, and loaded its first ship of the season with 29,000t of wheat.

Eastern sites received 289,194t of grain over the past week to take total receivals to 1.06Mt.