LOCUST densities identified during September and October are among the lowest spring population levels on record for these months, according to the latest report from the Australian Plague Locust Commission. 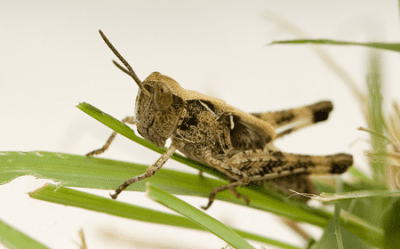 Rainfall during winter and September was well below average over most of inland eastern Australia, and habitat conditions remained very dry.

However, since the end of September there has been moderate–heavy rainfall in several regions, with some areas recording several significant rain events.

Vegetation has responded to these rains and this is likely to initiate low density locust breeding in numerous areas. Large population increases are unlikely during November and December, given the very low background spring population levels.

In New South Wales, survey of the southern Central West and northern Riverina identified only occasional low density adults. No nymphs were detected.

Rainfall in the Northwest, Central West and part of the Far West regions may have initiated some low density egg laying.

Survey was conducted in Southwest Queensland in mid-October. Very few adults were identified and no nymphs were detected.

Heavy rainfall in the Central Highlands and South Central regions, as well as in Quilpie and Bulloo Shires of the Southwest, is likely to have initiated some low density egg laying.

In South Australia, surveys in late September identified only occasional adult locusts in the Far North, Northwest and Northeast regions. Heavy rainfall in the Oodnadatta area is likely to have initiated some low density egg laying.

There was no survey or report information from Victoria during October. Any spring hatchings will have occurred during the month and the locust population is likely to remain at a low level.

Sporadic hatchings have continued in parts of the of Western Australian wheatbelt. The Department of Primary Industries and Regional Development received reports of mid-instar nymphs from several districts in the Central Agricultural Region.

The outlook for the remainder of 2017 is for population densities to remain generally low in all regions of inland eastern Australia.

Breeding in areas that received heavy rainfall during October is likely to produce mostly low density nymphs during November.

Fledging of nymphs in December would result in only moderate regional adult population increases.

The probability of a summer nymph generation, which could result in significant population increases in January and February, will depend on the distribution of moderate–heavy rainfall during December.

Given the current very low population densities, there is a low risk of widespread regional infestations developing during summer.