Faba beans set to be a favourite in low rainfall zones

GENETIC advances and improved farming techniques are set to transform faba beans into a viable rotation option for grain growers in the low rainfall Mallee farming zones of northern Victoria and South Australia. 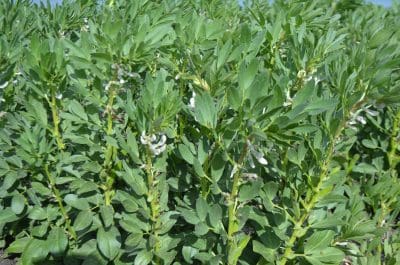 Faba beans could be a reliable cropping option for Mallee farmers.

Faba bean production in southern Australia has traditionally been limited to the medium to higher rainfall zones of more than 400 millimetre/year on loam to clay soils.

The crop has been perceived as unreliable in the low rainfall zone of 300mm-400mm/yr.

“In all seasons, despite annual rainfall being 20 to 40 per cent below average, profitable grain yields of faba beans were achieved,” he said. 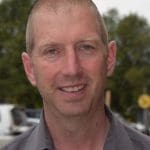 Speaking at the Australian Pulse Conference in Tamworth, NSW, this week, Dr Brand said faba beans had a lot to offer growers in the Mallee farming zone.

“Because beans contribute nitrogen to the system, growers can make large savings on nitrogen inputs in their following crops. We know that beans are a really good nitrogen contributor,” he said.

“On top of that, they provide an alternative pulse in the farming system. From a nitrogen perspective they could possibly replace crops like vetch or peas.

“They are broadly adapted to a range of soil types. They put up with pH changes a bit better than some of the other pulses.

“And if we do happen to get heavy rain in spring time, they put up with waterlogging better than other pulses.”

Dr Brand said farmers were already applying techniques that would help with the production of faba beans in drier areas.

“Many growers now sow on a date, they don’t worry about rainfall. They sow dry before rain. They have found that if the crop is in the ground when the rain comes it is always better than waiting until after the rain comes, provided they have good weed control,” he said.

In the Victorian trials, all the lines identified for improved dry area adaptation had higher yields and displayed higher early vigour than traditional lines.

Sowing rate experiments throughout the trials indicated 20 plants/square metre was the optimum density to maximise grain yield in the Mallee.

In 2014, row spacings from 18 centimetres to 72cm had no impact on yields, indicating that wider row spacings could be used to reduce production risks and costs.

“Further gains in reliability and profitability are likely to occur with the incorporation of imidazolinone herbicide tolerance to provide an effective in-crop control of broadleaf weeds, which has not been previously available in faba beans,” he said.

The low rainfall Mallee areas cover north-western Victoria from Mildura down to Warracknabeal, and the northern cropping region of South Australia from Pinnaroo in the east to Minnapa in the northern Eyre Peninsula.