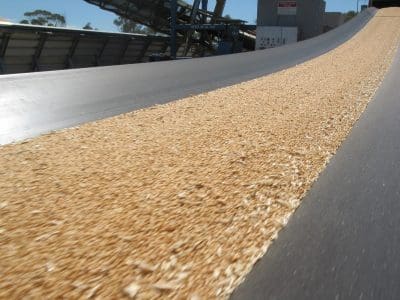 The FAO has lifted its world cereal production forecast for 2016 to 2,566 million tonnes.

THE Food and Agriculture Organisation of the United Nations (FAO) has raised considerably its world cereal production forecast for 2016 to 2,566 million tonnes, up 22 million tonnes from July projections.

FAO’s Cereal Supply and Demand Brief attributed the increase primarily to anticipation of a record global wheat harvest this year and a large upward revision to this year’s maize crop in the United States of America.

The expected increase in grain output is forecast to boost inventories and push up the global stock-to-use ratio to 25.3 percent, an “even more comfortable (supply and demand) situation than predicted at the start of the season”.

Coarse grain global output for 2016 should be around 1,329 million tonnes, 2.1 percent higher than in 2015, buoyed by higher forecast maize output in several countries, in particular the US.

The wheat output forecast was also raised to 741 million tonnes, driven by large upward revisions to projections for Australia, North America, India and the Russian Federation.

Russia is poised to become the world’s largest wheat exporter in 2016/17, overtaking the European Union, where wet weather has hampered this year’s crops.

Rice production is also expected to hit a new record this year at almost 496 million tonnes, owing to favourable weather conditions in much of Asia and on more US farmers shifting to the crop as a result of its more attractive relative price.

FAO did not materially change its forecast for world cereal utilization in the coming year, which is expected to grow by 1.6 percent, led by maize – and to some extent lower-quality wheat supplies – used as animal feed.

The FAO trade forecast for cereals in 2016/17 has been scaled up by almost 9 million tonnes on the back of abundant export availabilities of wheat and coarse grains.