Editor’s note: We’ve received inquiries from readers across Australia about the story below, asking about the cost of the installation. It’s an obvious question that we put to Mr Scholz during the course of our original interview. He was originally reluctant to talk figures, but given the interest that’s been shown since this item first appeared, we went back to him again. He’s told us the all-up cost was $9000.

DETERMINED to do something about having half his farm, including the family home, in a blackspot for NBN coverage, southern NSW farmer, Murray Scholz, decided to take matters into his own hands, setting up his own relay station to beam the signal to the house.

Mr Scholz installed the relay station in a shipping container two kilometres from the house on his mixed farm north-east of Culcairn. 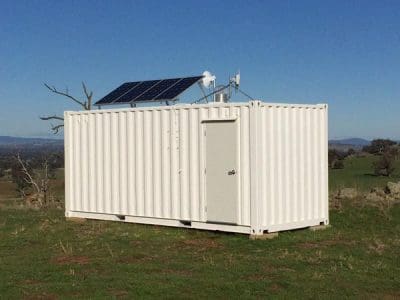 A relay station set up in a container two kilometres from the house has dramatically improved internet connectivity on Murray Scholz’s farm at Culcairn in southern NSW.

Linking the home indirectly into NBN coverage has given him and his family the full benefits of phone and internet coverage equal to their city cousins.

“Our area has NBN fixed wireless. Unfortunately, our house isn’t in the coverage area, even though about half our farm is. So we decided to get a relay station and send the signal to our house,” he said.

It was a tortuous process convincing the telecommunications authorities to accept the idea and give the family the go-ahead to install their own facility.

“I wasn’t going to let them beat us. I looked at the NBN website and our paddock had its own address. So I rang NBN and said I wanted to put the internet onto that address. But they said my house wasn’t there. I said no, I want a business account and they said okay.” 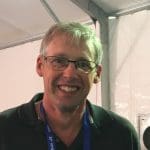 With assistance from Albury-based CoxTech, Mr Scholz put a shipping container on a part of the farm where there was line of sight to the nearest NBN fixed wireless tower.

They fitted the container with solar panels and batteries and set up a virtual ethernet cable linking two dishes – one on the container in line of site to another on the house.

The access to high speed internet has transformed life on the farm.

“Our download limits have gone from 30 gigabytes a month that we had to ration, to a total of 500 gigs a month, of which we regularly use about 300 gigs.

“That has let us do things like cloud computing that just wasn’t even considered beforehand.

“It has made a huge difference. It’s like going from a pushbike to a Porsche.”

Mr Scholz said in addition to being an invaluable asset for running the farm business, the facility had many benefits for the family and their life on the farm.

“My wife, Emma, works part time from home. It has made a huge difference to her work because all her work is web-based. Her productivity has gone up massively,” he said.

“Another benefit is the lifestyle aspect. As people in rural areas we shouldn’t be embarrassed that we want to use the internet for lifestyle because everyone in the city does. It lets us watch what we want on television when we want to watch it.”

While the facility cost about $9000 in total to install, the family consider it money well spent.

Since they have installed the relay station on the farm their neighbours have done the same, and they know of many other people who have adopted the concept.