That’s the view of Australian National University Climate Change Institute research fellow, Dr Steven Crimp, who said an increasing body of evidence showed the climate was changing, with ongoing impacts on water availability and the frequency of climatic extremes.

He said, globally, the averaged air temperature had warmed by over 1 degree Celsius since records began in 1850, and each of the last four decades had been warmer than the previous one. Scientists estimate global average temperatures could increase by up to 4.8 degrees by the end of the present century. In Australia, Dr Crimp said the pattern of warming had been largely similar to that experienced globally, with warming of just over 1 degree Celsius since 1910.

National projections suggest up to 1.3 degrees of additional warming could be experienced by 2030 and up to 5.1 degrees of warming by 2090, with the greatest warming in inland Australia and the least along the southern coast and Tasmania.

Speaking at the GRDC Research Update at Goondiwindi in southern Queensland, Dr Crimp said the climate in the Goondiwindi area was following the national pattern. “Going forward, we can expect a continuation of the warming. We can also expect a continued decline in annual rainfall and seasonal variation in that rainfall. The projections show no change to a slight increase in summer rainfall, but a decline in autumn and winter rains.”

Dr Crimp said Australian farmers needed to think about how they could reduce risk and diversify income in the face of warmer conditions and more variable rainfall.

“In terms of adaptation options, a lot of options to manage climate variability, such as minimum till, long fallows, changed planting densities and maintaining cover, are good tactical adaptations to offset climate change,” he said.

“But we need to think outside of that because if we start to experience some of the more extreme projected changes to rainfall we need to think more systemically and in a more transformational way. So, not just try to maintain current practice but look to changes in the types of crops produced or changes in land use entirely.” 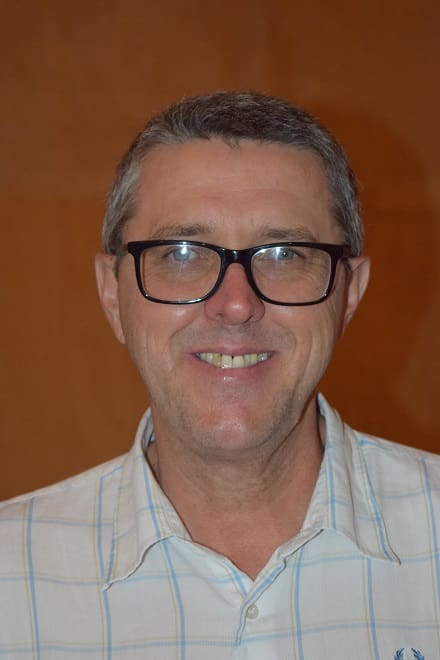 In particular, researchers were working on finding new genetics to improve wheat establishment in deep sowing situations where soil moisture was limited to deep in the profile.

“Establishment is a key driver of the work we do. How can we improve establishment when chasing moisture at depth and with increasing soil temperatures? The key to that is having the right agronomy, the right equipment and also the right genetics,” he said.

Dr Rebetzke said the focus was on new dwarfing genes that impacted the length of the plant’s coleoptile – the plant organ that takes the shoot from the seed to the soil surface to allow the plant to establish.

“We are looking at replacing the ‘green revolution’ dwarfing genes that were developed and used widely, but have issues around early crop growth and establishment through short coleoptiles, with other dwarfing genes that allow you to sow deeper, allow greater expression of leaf area and thereby give greater weed competitiveness. That’s the main driver,” he said.

“Then when we introduce those new dwarfing genes, largely from overseas sources, are there other genetics in the wheat breeding program that allow us to focus on genes related to coleoptile growth?

“Often genes have a small effect, but together can potentially increase coleoptile length by 50 to 60 millimetres. We need to have the right dwarfing gene, the right suite of coleoptile genes.”

Dr Rebetzke said another trait researchers were looking to improve was the rate of grain filling in wheat.

“It is about understanding what makes barley so well adapted to hot, dry finishes where barley is king.  A key feature of barley is it has the capacity to fill grain rapidly over a shorter period,” he said.

“Can we learn what makes barley so successful? Rate of grain fill is one key trait that hasn’t been exploited globally.”

Dr Rebetzke said another trait researchers were seeking to improve was early vigour to maximise the water use through the plant rather than risk losing it through evaporation.

“In environments where a lot of the water supplied to a crop is current rainfall, as much as 50pc of that is evaporated away. Can we protect that?” he said.

Dr Rebetzke said another trait scientists were looking into to give farmers more options to cope with seasonal change was the capacity for late sowing.

“While we focus a lot on early sowing of wheats from early to mid-April, sometimes the break doesn’t come till late. Is there capacity to sow later?” he said.

“We think coupling high vigour with the right development genes will allow growers to sow in late June/early July to give high biomass and high yield while avoiding frost.

“It also allows growers to move away from expensive, pre-emergent herbicides to double-knock solutions which are a lot cheaper.”