THE successful trading of milling grades of wheat is very much dependent on the abilities of wheat breeders to select varieties for quality, according to long-standing wheat breeder and recipient of this year’s Farrer Memorial Medal, Dr Lindsay O’Brien. 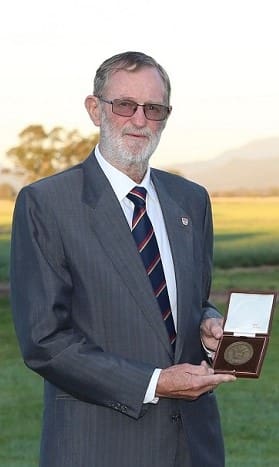 He said the success of Australia’s wheat production and marketing was underpinned by the skills of wheat breeders who selected the best genetic material to meet the quality standards that maximised returns.

“The maximum receival classification of each variety is a major determinant in grower choice as it sets the maximum price that could be achieved should the wheat meet the receival standards for that grade,” he said.

“Such an outcome is only possible because wheat breeders make it happen. Breeders produce the genetic package, the variety, that, given the right seasonal conditions, will produce grain meeting the maximum grade for which it was classified and released.

“Variety is the key within each grade. It is essentially a quality guarantee, made possible by wheat breeders selecting for quality which meets the standards set and assessed by an expert panel.”

Reflecting on the history of wheat breeding in Australia, Dr O’Brien said pioneering wheat breeder, William Farrer, laid the foundations for the growth of the wheat industry in Australia in the 20th century with the release of the variety, Federation.

“Prior to its release the wheats being grown were either direct introductions or farmer selections from introductions and they flowered and matured too late for Australian conditions,” he said. 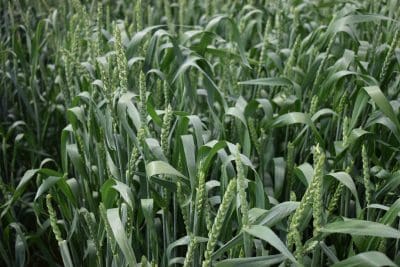 “The release of Federation in 1901 set the developmental pattern of what was needed in a variety adapted to Australian conditions. Federation dominated the national wheat area for nearly 25 years. William Farrer made it happen.”

Dr O’Brien said the expansion of wheat production in Australia in the early years was limited by the poor adaptation of introduced varieties or the selections from them, and their susceptibility to the wheat rusts, mainly stem rust.

“In the years when rust was prevalent, severe losses of production occurred resulting in the convening of a series of Intercolonial Rust in Wheat Conferences in the 1890s,” he said.

“Farrer made a written submission to the first and attended the second where those present, representing their respective colonies, committed to the breeding of rust resistant varieties.

“Farrer was committed to this goal and the crosses he was making at his property Lambrigg, near Canberra, were directed at that end, but a thorough knowledge of the pathology of the wheat rusts and the genetics of host plant resistance were yet to develop.”

Since then, wheat breeders at Australian research institutions, such as the University of Sydney’s IA Watson Research Institute at Narrabri where Dr O’Brien was director from 1988 to 2003, have developed resistant varieties that have largely conquered the rust threat. Dr O’Brien said for Australia to maintain exports in an increasingly competitive world trading market, wheat must meet the requirements of discriminating buyers.

“Declaring the variety when grain is sold provides the quality guarantee for the wheat in each grade. Each variety is a genetic package that can handle the wide range of environmental conditions of the Australian wheat belt but still deliver the functional quality to customers that buy the wheat,” he said.

Dr O’Brien said wheat breeders made that happen by stringent variety assessment and submitting product data to meet the needs of end-users.

“Every variety that gets received into a milling grade is thus the result of selection by wheat breeders using data over generations, sites and years. Using variety and receival specifications for each grade enables the market to sell wheat based on the difference between grades which is mostly seasonally driven variation in protein content and the quality measures correlated with protein content,” he said.

However, Dr O’Brien said the process wasn’t as simple as just selecting for protein content – the variation in protein quality must also be considered.

“Breeders need to account for variation in protein quality by selecting for it on-route to developing every new variety,” he said.

“Breeders need to actively select for protein quality because the relationships between protein content and dough properties and product quality like bread loaf volume, while strong in developed varieties, can be weak to non-existent in segregating early generation breeding populations.”