ONE of the most severe frost events in years hit the lower parts of Western Australia’s cropping belt last Saturday and Sunday mornings, almost certainly cutting yield prospects on winter crops at the vulnerable flowering stage. 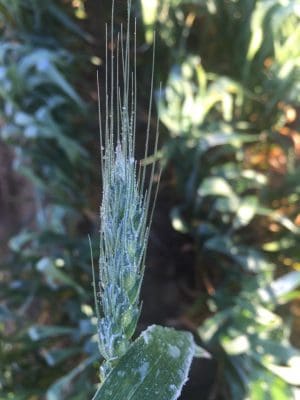 With a time-lag of up to two weeks between a frost event and clear evidence of crop damage, farmers and consultants will be out in the field in coming days to get a handle on the extent of damage the cold snap caused.

Barley is at a particularly susceptible stage, as are some wheat crops, although many are still in the boot stage and may have suffered less impact.

The frosts were harshest around the Ardath, Narembeen and Hyden districts of the north-eastern central area where temperatures dropped as low as -5 degrees Celsius.

“The frost on the weekend was a pretty damaging one. It is quite likely that it, plus the other series of frosts we have had, could have taken 1 million tonnes of wheat off Western Australia’s production,” he said.

If that’s the case, Mr Crabtree suggests the Grain Industry Association of Western Australia’s (GIWA) September forecast for production of 10.842 million tonnes of wheat in WA may now be below 10mt.

He said the extent of frost damage would vary throughout the State as the crop was at different stages in different growing areas.

“Where I farm east of Geraldton at 27 degrees latitude, parallel with Brisbane, my crops are filling with no more flowering. Down south their crops are still starting to flower,” he said.

“There is another frost due on Saturday morning, so we are not out of the woods yet.” 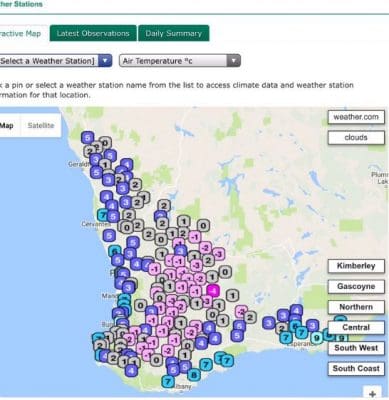 Department of Agriculture and Food (DAFWA) research officer, Ben Biddulph, said growers in areas affected by frost needed to try to determine what impact it had had on crop yield potential.

“Once a frost event occurs – especially at or after flowering – the first step is to inspect the affected crop and collect a random sample of heads to estimate if any yield loss has been incurred,” he said.

“In the event of severe frost, monitoring needs to occur for up to two weeks after the event to detect all the damage.”

Dr Biddulph said cereal crops were most susceptible to frost damage during and after flowering and were also susceptible at the earlier stages of booting.

Pulses and canola were particularly susceptible from early flowering to late pod growth, but most yield losses occurred after flowering during early seed fill.

September presents a high risk time for frost impact on grain production. Due to the early and substantial crop development this season, the frost risk period is occurring earlier in September rather than mid to late September.

Frost was reported during August and has caused extensive damage to barley and some wheat in the north eastern districts of the Kwinana zone. Elsewhere, frost has damaged lupins and canola crops but to a much smaller degree and with a better chance of compensatory growth and little final yield loss.

Kwinana east: A lot of early (mid-April) sown barley and wheat has been affected badly by frost on the north-east wheatbelt. The cold nights of early to mid-August caused almost total losses in some paddocks and widespread localised damage elsewhere. It is estimated that 30 to 40 per cent of early sown crops may have above 50 per cent damage. The final total will be known after harvest but it is likely to be significant.

Kwinana west: The western districts of the Kwinana zone remain very wet after average August rainfall. Frost has affected a wide range of crops in a range of districts but the impact is only likely to be around 10pc of yield in susceptible landscapes and where sowing didn’t match the crop maturity (i.e. sown too early).