WIDESPREAD frosts that threatened winter crops throughout the southern and eastern cropping regions in the past few weeks have severely knocked back some early-sown crops but generally had little impact on the majority of later-sown stands.

While spring-like conditions that arrived this week have tempered the immediate frost threat, growers are still on alert as crops move into the vulnerable flowering and grain-set stages.

In southern Queensland, Elders agronomist at Dalby, Jordan McDonald, said frost on the Darling Downs last week with temperatures down to minus 4.9 degrees at Jondaryan and minus 4.5 near Jimbour caused some crop damage.

“Wheat and barley crops seem to have survived okay as not many were in head in this area. A lot of the crops were fairly late. And some of the areas where crops were a bit more advanced didn’t get as cold,” he said.

“It is a different story with chickpeas. They have been touched up. Some of the later crops weren’t too bad. The frost just knocked a few of the flowers and they are just starting to pod. The crops that were in earlier certainly lost pods and flowers.”

Across the border in north west New South Wales where conditions are drying out and crops are in need of rain, Nutrien Ag Solutions agronomist at Moree, Garry Onus, said frost in the area last week caused crop damage, but it was variable.

“There are some significant levels of damage in some canola. Some areas of cereals have a fair bit of damage. But generally speaking it isn’t all that high at the moment,” he said.

“There is damage on some early flowering linseed. It will recover as long as there is moisture under it to compensate. Most of the crops are still at the stage where they can compensate. 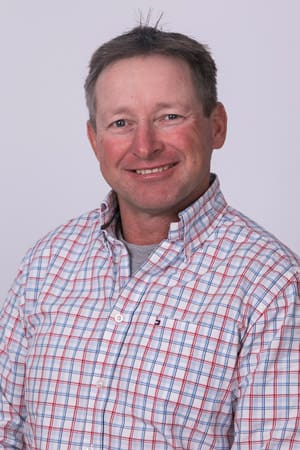 He said the early crops that had been affected by frost were moreso dual-purpose grazing crops that were sown expecting to be grazed, but didn’t end up having stock put in.

Mr McKenzie said there was still plenty of time for frost to be a problem because there were some crops that were quite early.

But, on the positive side, he said there was a common saying that “if you are not getting 10 per cent frost you are not maximising yields”.

In Victoria where many regions were whacked by frost earlier in the season when the risk to crops in early growth stages was minimal, Victorian Farmers Federation Grains Group president, Ashley Fraser, said the frost threat had backed off as conditions warmed as crops moved into the critical period.

“Across all the districts I’m not hearing of frost damage. There might be some canola crops that have dropped flowers, but they will recover. There are no crops out in ear yet,” he said.

“Last week was bitterly cold, then all of a sudden we have hit this week and all of a sudden spring is in the air. You can see everything growing at the moment,” he said.

GrainGrowers chair, Brett Hosking, who farms near Quambatook in northern Victoria, said there hadn’t been significant frost damage in his area so far, “but another frost would be a real concern for people”.

“In the north west of the state there have been some challenges with some of the more advanced crops that have had a touch up. Fortunately, it is still early enough that we haven’t seen major, widespread damage,” he said.

“But if we don’t get a break from this frosty run we will start to see more extensive damage, particularly as the hay market isn’t there to support us this year.”

So far so good in SA 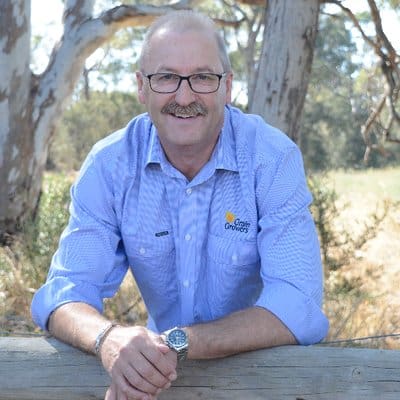 “There have been plenty of frosts, but mostly in June and July which are unpleasant and stop things growing, but don’t do any damage beyond that. I haven’t had any reports of any real damage yet,” he said.

“So far so good, but every day that goes by there are more and more crops flowering or out in head, so we are at the danger point right now.”

Mr Evans said August had been a tremendous month for winter crops in SA.

“Everyone had 30 to 60 millimetres of rain for August. It turned crops around in lots of areas. In a lot of cases it was a life-saver and a lot of other cases it pulled back the yield potential we lost in June-July,” he said.

Heat, not frost, in WA

With Western Australia having its warmest winter on record, frost has not been an issue so far this season.

“Everyone is quite nervous for September, but at the moment the temperatures are still warm and there has been no impact of frost at all in WA,” GrainGrowers WA regional coordinator, Alan Meldrum, said.

Growers are mindful of the 2016 season when a promising winter crop was hammered by frost.

“It was a really good year, there were some fantastic crops and people had spent a lot of money supporting the yield potential. Then we got some terrible frosts. Some growers got absolutely nailed,” he said.

Mr Meldrum said, ironically, growers in WA this season were more worried about heat shock impacting their crops than frost.

“Even in the cold areas, a lot of those guys say they will always lose more grain to heat shock than to those big frost events. Big frost are headline acts, but a hot northerly wind will take another five per cent off the potential by maturing the wheat too quickly. We are more worried about heat shock as the crops finish,” he said.