SCIENTISTS at the University of Manitoba in Winnipeg, Canada, have discovered novel new gene interactions that could give them the upper hand in the fight to combat the re-emerging threat of blackleg disease in canola crops. 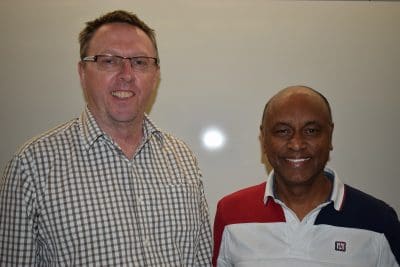 The breakthrough comes at a time when there has been an alarming increase in the emergence of new blackleg races which have overwhelmed many of Canada’s traditional canola varieties that were once-resistant to the disease.

Canola, which was developed at the university and has grown to become Canada’s ‘Cinderella’ crop, is estimated to be worth $19.3 billion to the Canadian economy each year.

But the breakdown in resistance to blackleg disease has had a devastating effect across the Canadian Prairies and is estimated to be causing $2 billion in lost production each season.

Speaking at the University of Southern Queensland in Toowoomba on a visit to Australia, University of Manitoba plant science professor, Dr Dilantha Fernando, said blackleg disease had been on the increase in Canada over the past 10 years.

“It was well controlled by genetics for almost 30 years. But with new pathogen races appearing, the whole story has changed. There is more disease. It is increasing,” he said.

“Resistance is breaking down. What we had for resistance was holding very well for 30 years, but with the new (disease) races the varieties are not performing well.

“It is an issue at trade level as well as being a loss for farmers.” 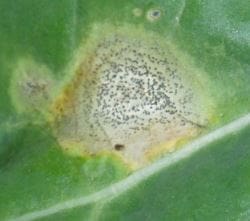 Behind the breakdown in resistance has been the over-reliance on one major gene, the resistance gene Rlm3, which is present in almost 60 per cent of the Canadian germplasm.

This low genetic diversity in the seed supply makes it difficult to manage the pathogen, and easier for the pathogen to evolve and flourish.

Professor Fernando said the recent discovery by researchers of new interactions of the genes and pathogens would give plant breeders and farmers new tools to counter the blackleg threat.

“That will be used by breeders. Now that they know the genes that will work, they can breed for resistance with those genes. When they find those genes in any of their germplasm they can incorporate them,” he said.

At farm level, professor Fernando said the best form of blackleg control was the traditional method of including non-hosts of the pathogen, such as cereals, soybeans and sunflowers, in the rotation.

“But because those crops don’t always bring good returns to the farmer, we are proposing a resistance strategy where you rotate the genes so the pathogen will not be able to overcome the resistance. So farmers should grow different cultivars of canola with different resistance genes, which rotates the genes,” he said.

“Most of the varieties that are grown in Canada, if you take the oil content, duration of growth, height, etc, are fairly equal, so farmers aren’t losing much by switching to a different variety. The benefit (of growing different cultivars) overweighs any “side effects”. The gain will be much higher.” 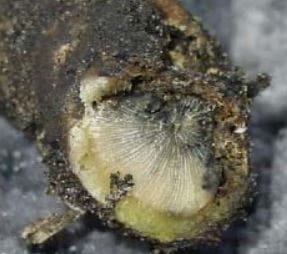 “Farmers are going moreso into no-till and minimum till farming, especially on the Prairies where there is lots of soil erosion because of the tillage practices. That is good practice, but the non-disturbance is helping more pathogens to survive and establish,” he said.

The recent genetic breakthrough by scientists is not only good news for Canadian farmers, but also has the potential to benefit canola production in Australia where blackleg is the most serious disease to affect canola.

It is posing a significant threat to this year’s canola crops throughout South Australia, Victoria and southern NSW.

The disease is spread by spores. Lesions develop on the plant and the fungus grows within the plant’s vascular system, causing a canker which can severely deplete nutrient flow and even sever the roots from the stem.