SOUTHERN Queensland grain grower and AgForce Grains vice-president, Luke Arbuckle, has sounded a warning to growers to test their seed prior to sowing after experiencing a germination failure with a field of Lancer wheat he sowed a fortnight ago. 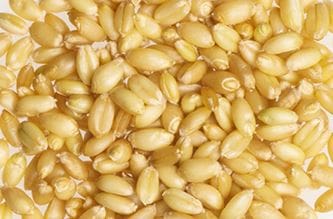 Mr Arbuckle said the farm-kept seed had tested well for germination at harvest time last year, but had virtually failed to strike at sowing, despite reasonable soil moisture levels.

The Bungunya area where he farms is one of the few regions in the northern farming zone to have had enough rain to put in the first of the winter crops.

“A lot of us have had fine germination tests after harvest. One of my neighbours had 98 per cent at harvest, but it was down to 37pc at the start of May,” he said.

“I planted Lancer two weeks ago and the germination is near zero. The barley has come up fine from the same depth and it was into even more marginal moisture. So, something is going on.

“I have no answers yet. Hopefully we can get some answers, because Lancer is one of my favourite varieties.”

Mr Arbuckle said it was important for growers who had not planted yet to ensure they tested their seed prior to sowing to minimise crop failure.

“Growers definitely need to do their seed tests. They need to do them close to planting as the earlier tests don’t seem to be a true representation,” he said.