FIFTY years ago, many farmers and researchers expected herbicides to be the panacea for weed control.

The reality has been that no weed species has been eradicated through the use of herbicides alone.

In fact, many weeds have increased in population in the presence of herbicide application in farming systems. 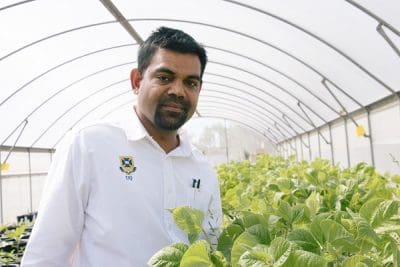 Dr Bhagirath Chauhan says narrower row spacing in summer legumes such as mungbean and soybean will take the pressure off in-crop herbicide applications, provided the crop is sown into clean paddocks and weeds are controlled for at least three weeks after planting.

This is what motivates Queensland Alliance for Agriculture and Food Innovation (QAAFI) principal research fellow, Dr Bhagirath Chauhan, to study how crops can do their own weed control through the application of cultural practices.

“We have demonstrated that narrower row spacing in summer legumes such as mungbean and soybean will take the pressure off in-crop herbicide applications, provided the crop is sown into clean paddocks and weeds are controlled for at least three weeks after planting,” he said. 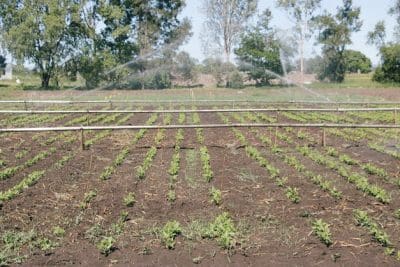 “Increased yield is a significant benefit and will support growers’ decisions to set up their planting gear to suit farming on narrower row spacings.”

In the 2015 and 2016 mungbean seasons, 30 kilograms/hectare of Jade-AU was grown at 25, 50, and 75-centimetre row spacing and Rhodes grass was sown to provide a known weed density in all plots.

There were four levels of weed infestation applied:

Rhodes grass was spread at 300 seeds per square metre to create even competition across the site, which is generally not possible if researchers rely on the natural weed seed bank of the experimental site providing the competition.

“In plots where the mungbean crop and the weed emerged together, it didn’t matter which row spacing was used – the weed biomass was high and the grain yield was low, less than 360kg/ha,” Dr Chauhan said.

“If the crop is kept weed-free for the first three weeks after planting then the narrower row spacings of 25 and 50cm saw a reduction in weed biomass. We know from other studies that weed biomass correlates well with weed seed production, so reducing biomass can be expected to also reduce seed production in the weed.”

Even in a completely weed-free growing environment the two narrower spacings generated higher yield than the 75cm rows.

“This trial demonstrates the value of reducing row spacing to 50cm in mungbeans and keeping crops weed-free for the first six weeks after planting,” Dr Chauhan said.

“After this point the crop has the competitive edge and any later germinating weeds struggle to get established.” 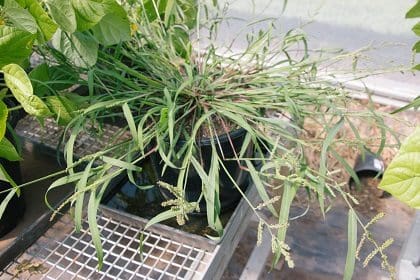 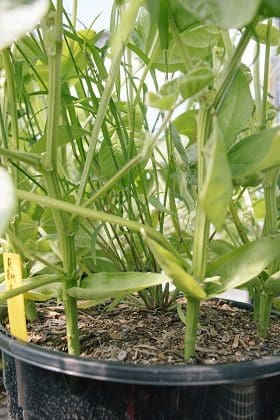 Dr Chauhan has also conducted trials to determine weed densities that will cause a 50pc reduction in mungbean yield.

These weed densities can provide a guide to growers and agronomists about the level of infestation that will affect yield and allow them to determine an economic response, keeping in mind that any weeds that set seed are building up in the weed seed bank for following seasons.

In a similar row spacing trial in soybeans, Dr Chauhan saw similar results to those of the mungbean trial. He also confirmed that row spacing, not plant population, is the key driver to reducing weed growth.

“In soybeans, weed biomass was reduced by 89 per cent under narrow rows (25cm) and 75 per cent under wider rows (75cm) when the crop was kept weed-free for the first three weeks after planting,” Dr Chauhan said.

In weed-free plots there was a 20pc yield benefit in changing from 75cm row spacing to 25cm. This yield difference was 65pc in plots where weeds were introduced six weeks after planting and a huge 121pc higher when the weed infestation occurred three weeks after planting.