THE 20-year anniversary of the release of the first commercial genetically modified (GM) crops in Australia in 1996 provides an opportunity to review the progress of GM crops, the extent to which they have or have not delivered on their promise, and likely future developments in plant genetics.

A number of papers included in the latest edition of the Farm Policy Journal provides a variety of different perspectives on GM crops and their legacy and future in Australia.

The first paper, by Hugh Roberts, provides the perspective of a person who has been active in the ‘engine room’ of GM crop policy, assessment and approval for almost all the past 20 years.

Roberts, a grain farmer from south western NSW, is respected in the industry for the objective and pragmatic approach he has taken to this issue.

He makes the point that in many respects, the global spread of GM crops and the rate of adoption of these by farmers is a very strong testament to the benefits this technology brings, and at the same time stands in stark contrast to the demonic characterisation of this technology by its opponents.

His paper highlights that perhaps the biggest failure in relation to GM crops has been the farming sector’s failure to bring the community along, and that has been a major impediment to realising more of the benefits.

Paula Fitzgerald is the author of the second paper, which takes a detailed look at the success or otherwise of the agriculture sector in informing the community and generating acceptance of the technology.

The paper traces some of the history of efforts made to educate the community about the technology, and what consumer indicators reveal about the success or otherwise of the education programs that have been undertaken.

The paper highlights research that identifies four different segments of the community and their attitudes towards GM crops.

It highlights that attitudes are driven more by general perceptions of science and technology, rather than by the level of understanding of that person about GM crop technology.

Fitzgerald concludes the paper by encouraging the industry to take a much more sophisticated approach to community education programs, with programs and messages designed to recognise the needs of different audiences, and programs extended over the long term, rather than just in response to specific incidents or developments.

The third paper was contributed by Armin Scheben and David Edwards of the University of Western Australia.

Conventional breeding technologies can result in the production of a new variety in seven to 12 years, whereas the average for GM crops is 13 years – although over five years of this is for regulatory and registration activities.

The authors explain that the development of high-throughput DNA sequencing coupled with high performance computing has set the stage for a substantial improvement in the time it takes to produce a new variety. 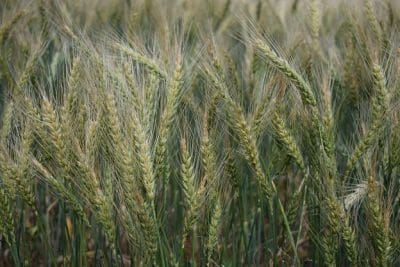 New varieties can be developed in less than one year, and commercialised in five years – between half and one-third the time taken utilising other plant breeding technologies.

One of the challenges associated with this new approach is the lack of clarity in the regulation of genome edited crops.

When genome editing is used to include insertions, deletions and minor substitutions, the resulting plant varieties are indistinguishable from conventionally-bred crops.

For that reason, the United States, Canada and Argentina do not impose regulations on these processes.

Germany has reached a similar conclusion, although opinion in the European Union more generally is divided, and subject to current proceedings in the European Court of Justice.

The authors conclude that uncertainty associated with regulations, rather than any specific regulation, may in fact be a major impediment to the further development of genome edited crops.

The paper by Heather Bray and Rachel Ankeny provides a detailed analysis of the communication programs associated with GM crops over the past 20 years, concluding that the approach used – dubbed the ‘deficit model’ – has failed, yet continues to be widely used.

The ‘deficit model’ of science communication is based on the view that the primary cause of negative attitudes towards new technologies – including GM crops – is community ignorance about science, and that the way to address this is to deliver programs that address this lack of knowledge.

The expectation that such an approach will positively change attitudes to technologies such as GM crops has not been borne out, and the authors discuss some evidence that the reverse has occurred – that is the programs have increased negative perceptions of some technologies.

The authors conclude that alternative approaches are needed, and that they are more likely to be successful if they provide an opportunity for members of the community to access information as and when it is useful to them, rather than being ‘force fed.’

The paper by Nicola Cottee provides a perspective on GM crops from the cotton industry, which was the industry sector that pioneered the adoption of GM crops in Australia, and which was arguably saved from oblivion by the introduction of the technology, and the subsequent dramatic decrease in reliance on chemical pest control.

The author makes the strong point that the benefits arising from the cultivation of GM cotton were significant for farmers, but also extended much more widely.

This included healthier workers, healthier communities, and the almost total disappearance of conflict between the cotton industry and other agricultural sectors such as the beef industry, which were previously exposed to considerable market risk from pesticide residues.

One important benefit of GM cotton adoption that is now being realised is improved market access and price premiums associated with market recognition of the sustainability credentials of Australian cotton, which has arisen from GM cotton varieties and industry stewardship and best-management practice initiatives.

The final paper by Tim Marshall discusses an issue that is often raised, which is the seeming incompatibility of GM crops and organic production.

Marshall advances a number of arguments in support of the view that GM crops and organic farming are not compatible.

One particularly challenging issue concerns the fact that organic farmers use a natural pesticide containing the Bacillus thuringiensis (Bt) protein to control caterpillars, which is the same protein contained in the vegetative material of Bt crops such as cotton.

The paper argues that organic farmers only use the pesticide intermittently, which limits the development of resistance in target insects, whereas the ubiquitous presence of the Bt protein in GM crops will invariably lead to a rapid resistance problem.

The paper concludes by arguing that organic farmers believe that most of their farming problems are multi-factorial and overcoming them will be better accomplished by an agro-ecological approach that utilises the precautionary principle and relies primarily on good management.

The history of GM crops in Australia over the past 20 years has highlighted the enormous benefits that the technology has provided for farmers in some sectors, but also serves as a reminder that the biggest impediment to achieving additional benefits is the continuing reluctance of the wider community to embrace this technology.