Grain production to ease back after record winter crop: ABARES

​​​AFTER an extraordinary year for Australian grains and oilseed production in 2016-17, ABARES has forecast yields to return to average levels in 2017–18. 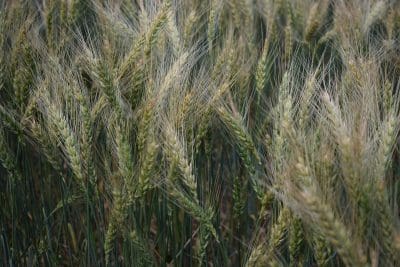 ABARES acting assistant secretary, Alistair Davidson, said the forecast decline in production came on the back of record crops of wheat, barley and canola following outstanding seasonal conditions in 2016–17.

“Total winter crop production is estimated to reach a record 58.9 million tonnes (Mt)—that’s around 30 per cent above the previous record set in 2011–12,” Mr Davidson said.

“Our estimates put national wheat production at 35.1Mt, which is 17pc above its 2011–12 record, canola equalling the 2012-13 record from a smaller area planted and barley and pulses both reaching record numbers.

“While these bumper crops are good news for farmers, record breaking cereal production globally has increased competition and pushed prices down to lows, in real terms, that we haven’t seen since the mid-2000s.

“At the farm gate, however, exceptional yields this year offset low prices, especially for wheat and barley.

“If realised, average cash income for grain farms will be the highest in the past 20 years.”

Mr Davidson said this year’s irrigated summer crops had benefited from a good start, with plentiful supplies of water for Queensland and NSW growers leading to well above average areas planted to irrigated cotton and rice.

“Dryland crops, however, had a mixed start due to low soil moisture in parts of Queensland, with Australian sorghum planting at a 24-year low,” Mr Davidson said.

“We expect the hot, dry conditions so far to adversely affect yields for dryland cotton and sorghum.

Growth in global demand for grains and oilseed is expected to continue over the next five years, driven by population and income growth—particularly in developing countries across Asia, the Middle East and northern Africa.

Meanwhile, ABARES predicts the gross value of overall Australian farm production to increase by 8.3pc to a record $63.8 billion in 2016–17, easing slightly to $61.3 billion the following year.

ABARES Executive Director, Peter Gooday, said that even with the forecast decline in 2017–18, the gross value of farm production would be 17.3pc higher than the average of $52.3 billion over the five years to 2015–16.

“The exceptional value of farm production this year comes off the back of record crop production and strong performance across livestock industries,” Mr Gooday said.

“The gross value of crop production is forecast to increase by 20.2pc this financial year to $33.9 billion, following record production of wheat and barley.

“The gross value of livestock production is forecast to decrease 2.6pc in 2016–17 as cattle and sheep numbers are rebuilt following high turnoff in recent years.

“The gross value of livestock production is forecast to increase by 4.4pc to $31.2 billion in 2017–18 as cattle slaughter rises after two years of declining turn-off and wool production rises.

“If realised, the gross value of livestock production in 2017–18 would be around 28pc higher than the average of $24.4 billion over the five years to 2015–16—very strong performance indeed.

“Most of that increase has come from increased crop exports following an exceptional season,” Mr Gooday said.

These forecast increases in 2017–18 are expected to be partly offset by expected declines in export earnings for wheat (down 9pc), coarse grains (11pc) and canola (6pc). Export earnings for chickpeas are also expected to decline 42pc as production volumes decline from record levels and international prices ease.

Source: The figures were published in the March 2017 edition of Agricultural Commodities, released at ABARES Outlook 2017.

The analysis was presented at ABARES Outlook 2017, being held in Canberra on Tuesday 7 and Wednesday 8 March. Australia’s leading forum for public and private decision-makers in agriculture, Outlook marks its 47th annual conference this year with expert analysis of innovation in agriculture.