AS harvest wraps up for 2017, the Grains Research and Development Corporation (GRDC) is reminding growers that managing storage facilities and operations effectively brings rewards beyond the farm gate. 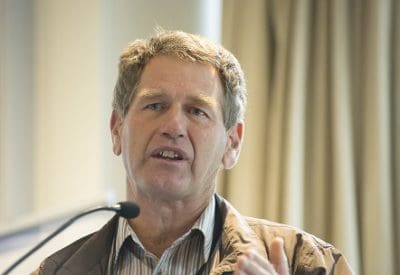 Queensland Department of Agriculture and Fisheries (DAF) development agronomist, Philip Burrill, said growers needed to get the basics right from the start in terms of grain storage.

On-farm grain storage has become a significant component of many Australian cropping operations.

Queensland Department of Agriculture and Fisheries (DAF) development agronomist, Philip Burrill, who is involved in the GRDC’s Grain Storage Extension Project, said growers needed to get the basics right from the start.

He said by doing this, growers could build a good reputation that led to preferred-supplier partnerships with grain buyers and traders.

“Since there is a large amount of grain in storage, it is very important for every grower to keep track of the details of grain quality segregations in each silo,” he said.

“Simple things such as clearly numbering each silo means growers know what grain is going where and less mistakes are made during the busy time of harvest.

“Before the grain goes in, it’s important to capture samples to test the quality of the harvest.”

Mr Burrill suggests growers have a 20-litre bucket with a lid for each silo or shed, and as grain is being put in, take a small sample every 5 to 10 minutes, so there is a bucket representing the quality for each silo.

“Once this bucket is carefully mixed, a final test for protein, moisture, screenings and other attributes is carried out. By determining the quality of each silo, growers can have an informed conversation about the quality of their grain with traders and buyers,” he said.

“Keep records of grain quality for each silo in a notebook, which can be regularly transferred to a spreadsheet in the farm office. These records are not only valuable when negotiating grain sales but enables the grower to analyse trends over the years.

“If applying grain protectant insecticides while filling silos at harvest time, keep an accurate record of what grain was treated in which silo. Record the chemical product used and dose rate.

“Historically, some growers haven’t been as vigilant as they could have been with recording storage data. But this information is required in commodity vendor declarations, and by having an official record, growers can gain the trust and confidence of buyers and traders.”

Mr Burrill said as well as recording initial grain quality tests, growers, particularly those planning on storing grain for some time, need to undertake monthly checks of the grain, recording any pests found and any fumigations undertaken. 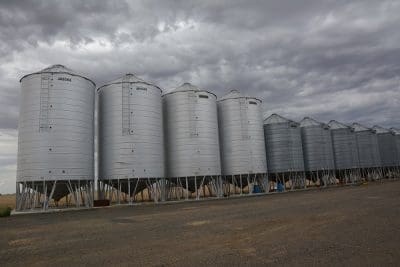 “As well as sieving grain from the silo base, I recommend that growers use insect probe traps to check for pests on the top of the silo. Each month probe traps are simply pushed into the peak of the grain and pulled up for inspection,” he said.

“The combination of sieving grain from the base and inspecting one or two probe traps in the top of the silo provides a good early indication of any developing insect infestation problems.”

“By accessing the grain peak, growers can smell and look at the grain properly to look for moisture or mould problems.”

Growers can also get a clear picture of safe storage conditions by using a grain temperature probe to measure the temperature in each silo. This is a helpful check of the performance of the aeration cooling system. Grain temperatures in aerated storages during summer should typically be under 23 degrees.

If an auto aeration controller is fitted to fans, check the hour run meters. The setting should be on ‘protect’ mode, and should operate for around 100 hours of fan run time per month.

“This may seem like a lot of work, but sieving for insects, checking grain temperatures and inspecting the aeration system should take less than two hours a month for a grower who has grain in six silos,” Mr Burrill said.

“This small amount of time invested in effectively managing stored grain will significantly reduce problems, build your reputation as a reliable supplier and lead to a profitable on-farm storage facility.”