THIS year’s winning entries in GrainGrowers’ calendar photo competition feature inspiring shots from around Australia that showcase the grains industry.

GrainGrowers’ chief executive officer David McKeon said the competition highlighted the great effort Australian grain farmers put in every year to produce grain and the wonderful industry they worked in.

“The judges had a tough decision with the high quality of top photos taken by grain farmers across Australia and representing all aspects of grain farming and the cropping season,” said Mr McKeon.

Ms Kirkland said that after a few very hot nights while outside doing some work, she noticed the night sky was super dark, and the Milky Way was beautifully clear to see.

She quickly decided to try and photograph the Scepter Wheat while incorporating the night sky in the background.

Apart from the Milky Way, the small glow you can see in the photo just above the heads of wheat in the middle, is the city of Adelaide, which is 100 kilometres away.

Ms Kirkland took the photo about 100 metres from her home and had to sit low amongst the crop.

She said it was about 10pm at night and she remembers it being so hot and still that she was a bit worried about snakes which had started to appear around the house with the arrival of the warmer weather. 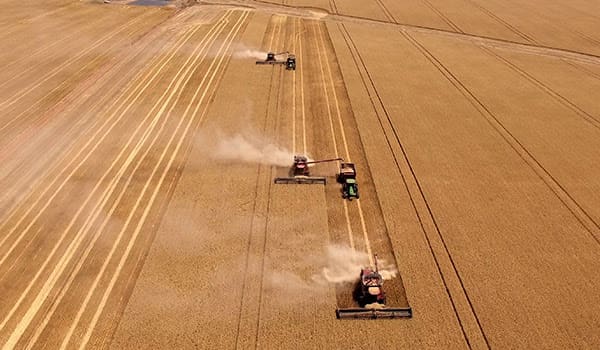 Second place was awarded to Kelly Holland from Young, New South Wales who won $500 for her shot ‘Luck shot’.

This shot was from drone footage she had taken in the 2016 season.

The paddock name is ‘Kilburnie 5’ situated at Thuddungra, NSW.

She was harvesting H45 wheat, with their own harvester and chaser bin, along with friends, the McRae family from Temora, NSW, and the Tyack family from Condobolin, NSW. It yielded five tonnes to the hectare. 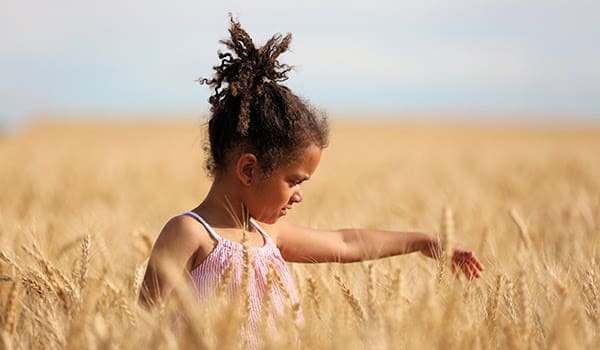 Third-place was awarded to Philip Down from Speed, Victoria, for his shot of Mia Roberts in a crop of wheat at Hopetoun, north west Victoria.

Third-place was awarded to Philip Down from Speed, Victoria, who won $250 for his shot ‘Mia checking the wheat’.

Mr Down took the photo of Mia Roberts in the wheat at the local district of Hopetoun in north west Victoria.

Mr Down is a good friend of Ms Roberts’ mother Mikala Roberts who asked him to take some photos of Mia. The People’s Choice Award winner was Matt Rhode from Netherby, Victoria, for this shot of his sons, Luka and Nelson, in a crop of gen090 chickpeas.

For the first time, GrainGrowers introduced a People’s Choice Award with a prize of $50 for the photographer who has taken the most popular shot, as voted for by people on our website.

The winner of this year’s People Choice Award was Matt Rhode from Netherby, Victoria.

Mr Rhode’s shot ‘Brothers enjoying the chickpeas’ received the most votes on the GrainGrowers website.

He said the shot was taken on his family farm at Lorquon, in the northern Wimmera.

Mr Rhode farms with his wife, parents, and now their two boys pictured Luka (two) and Nelson (four). The boys feature in a crop of gen090 chickpeas.

The photo was taken in a tough season this year in October spring time.

To view all entries, visit the GrainGrowers’ website, https://www.graingrowers.com.au/membership/calendar-comp/