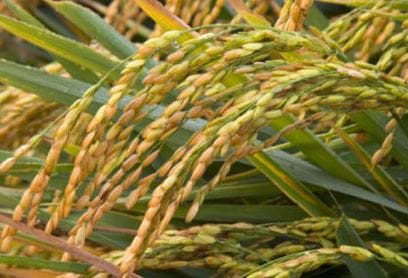 GLOBAL rice consumption amounted to 518 million tonnes (Mt) in 2016 (in terms of milled rice weight), posting modest but robust gains from 2007-2016, according to the report “World: Rice – Market Report. Analysis and Forecast to 2025” published by IndexBox.

The total consumption volume increased at an average annual rate of +1.4 per cent.

Over the period under review, global rice consumption reached its maximum volume in 2016, and is likely to continue its growth in the immediate term due to Asian population growth.

In 2016, the countries with the highest consumption were China (29pc based on tonnes), India (19pc) and Indonesia (11pc), together comprising 59pc of total consumption.

The report predicts the consumption of rice will exceed 570Mt by the end of 2025.

The countries with the highest levels of production in 2016 were China (148Mt) and India (110Mt), together accounting for 59pc of rice supply.

They were followed by Indonesia, Bangladesh, Vietnam, Thailand, Myanmar, Philippines, Brazil and Japan, which all lagged somewhat behind.

In 2016, the volume of global exports totalled 35.6Mt (this figure refers to a sum of semi-milled or wholly milled rice broken rice and husked (brown) rice), which was 12pc less than the year before.

However, from 2007 to 2016, global rice exports had pronounced growth, with a compound annual growth rate of +1.9pc.

India (28pc), Thailand (18pc) and Vietnam (17pc) were the main suppliers of rice in the world, together making up 63pc of global rice exports.

Among these countries, India (+5.2pc per year) and Vietnam (+2.9pc per year) exports steadily increased over the period under review, while Thailand milled rice exports dropped by -3.9pc from 2007 to 2016.

The volume of global rice imports totalled 26.7Mt in 2016 (in terms of milled rice weight).

Imports dynamics was generally in line with exports: these trade flows globally complement each other.

From 2007 to 2016, global rice imports remained relatively stable, however, indicating some noticeable fluctuations in certain years.

China (13pc of global imports in 2016) was the key rice importer in the world.

Except China, the main importers of rice were Indonesia (5pc), the United Arab Emirates (4pc), Benin (4pc) and Saudi Arabia (4pc), with all these countries together making up a 17pc share of global rice imports in 2016.

The other countries had more moderate growth rates over the same period: Benin (+6.6pc per year) and the United Arab Emirates (+1.9pc per year).

While the share of China rice imports (+11 percentage points) increased significantly, the shares of the other countries remained relatively stable throughout the analysed period.