IT IS easier than ever to feed your gut the right type of fibre with a variety of products containing BARLEYmaxTM now available in stores, not just in Australia but in the US and Japan too. 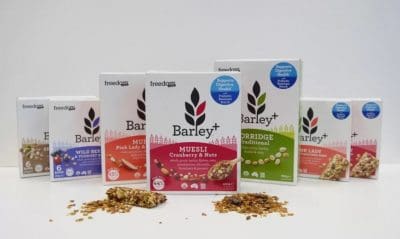 Freedom Foods has just launched their new Barley+ range of cereals and muesli bars, with CSIRO’s BARLEYmaxTM as the key ingredient.

Customers can choose from a range of cereals, snack bars, bread and wraps with added health benefits from the natural wholegrain that we developed.

While Australians are doing a great job of eating roughage like wheat bran which promotes bowel regularity, we need to eat more fermentable fibres such as resistant starch.

Research shows that eating more resistant starch could protect against the genetic damage that precedes bowel cancer. It can also help to combat cardiovascular disease and Type 2 diabetes. Bowel cancer remains the second most common cancer in both Australian men and women.

How and why was BARLEYmaxTM developed

Barley is often considered a forgotten grain in Western diets, although perhaps not when it comes to beer.

In the 1990s a team of CSIRO scientists became interested in barley as a grain with human health benefits.

They began looking into the starch composition of a barley known as Himalaya 292, which had been stored in a shoe box with around 100 other barleys.

This grain became the focus of plant breeding efforts and led to the development of BARLEYmaxTM.

BARLEYmaxTM has been licensed to a CSIRO spin-off company, The Healthy Grain, which has been actively marketing BARLEYmaxTM to food companies in Australia and overseas, and now has trials in place with some major global food companies.

In Australia, the range is available in Coles supermarkets and independent health food stores. In the US, the products are sold in Kroger Supermarkets.

Japanese people are developing a taste for BARLEYmaxTM. In 2017 there were more than 20 BARLEYmaxTM food products, in Japanese supermarkets and convenience stores, many produced by Teijin Ltd. 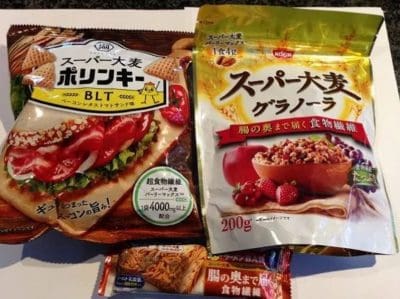 There are more than 20 products now available in Japan that contain BARLEYmaxTM, including snacks, granola and ramen bars.

The artisan bread, Edwards Sourdough, baked on the outskirts of Melbourne is also making use of BARLEYmaxTM in its breads, which are available in Australian supermarkets.

An ageing population, rising levels of chronic disease and greater social awareness around health and wellbeing is leading to a demand for foods that provide specific health benefits above and beyond basic nutrition. This was one of the main trends identified in the Food & Agribusiness Roadmap published in July 2017.

We can expect to see more and more products incorporating BARLEYmaxTM in the future, especially as others catch on to the health benefits of eating more wholegrains: reducing the risk of certain cancers, heart disease, Type 2 diabetes, stroke and even weight control, to name a few.