THIS week’s shock announcement by leading Australian poultry producer, Baiada, that it will close its processing facility at Ipswich in Queensland has cast uncertainty over the future of its feedmill at Wacol in nearby Brisbane. 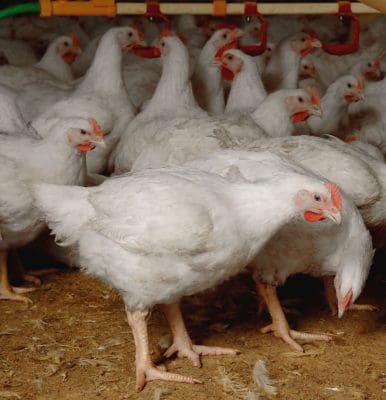 The Baiada mill is believed to produce around 1500 tonnes per week of feed, and supply the 28 broiler farms in southeast Queensland which in total produce 23 million chickens per annum for processing at the Ipswich plant.

According to the Queensland Chicken Growers Association (QCGA), growers which have been supplying Baiada’s Ipswich plant have been notified that their existing contracts will be terminated, and the plant will cease production in mid-January.

“The entire Queensland industry is in shock at the timing and manner in which this decision by one of Australia’s largest chicken meat processors,” QCGA president, Jodie Redcliffe, said in a statement.

Ms Redcliffe said Baiada’s decision to close Ipswich has been driven by its desire to consolidate its business in NSW rather than support the southeast Queensland industry.

Baiada is currently expanding its breeding operation at Curlewis on the Liverpool Plains of northern NSW to accommodate 450,000 birds, up from 280,000 birds at present.

At this stage, the company is planning to continue poultry processing at its plants at Tamworth, Hanwood in southern NSW, Newcastle, Adelaide, Melbourne, Perth, and Mareeba in Far North Queensland.