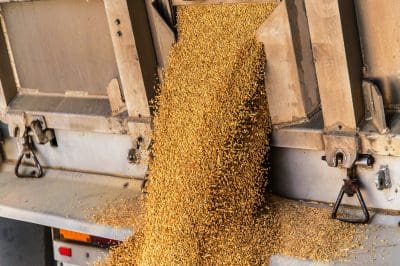 Malting barley is delivered to the Coopers malting plant in Adelaide. Photo: Coopers

Dr Stewart said many customers were attracted to the barley because of the influence of sea breezes which are seen as imparting beneficial qualities to the malt they produce.

“South Australian barley already has a reputation for quality, but malt from barley grown in the Gulf Region is now being particularly sought out by customers looking for clean and green products,” he said. 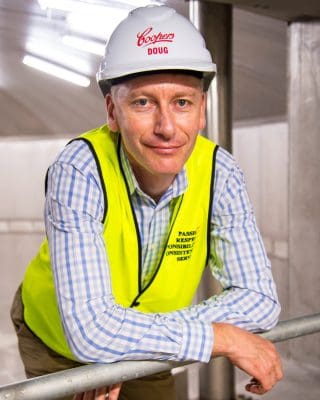 Dr Stewart said an a number of shipments of South Australian Gulf and Kangaroo Island malt have been sent to brewers and food producers overseas and received an enthusiastic response, and .

“Australian craft brewers are also looking at developing beers that highlight the particular qualities of this malt.”

Professor Barr, now a barley grower north of Adelaide, said the climate in the Gulf Region of South Australia was particularly beneficial for barley, as sea breezes helped to moderate temperatues from mid-September, when hot northerly winds can affect inland crops.

“It’s all about the duration of grain filling.

“Once the temperature gets over 30 degrees Celsius, enzymes in the grain start to struggle, and once it gets over 35 degrees, it is in real trouble and the grain can cook.

“The sea breezes in the Gulf Region from September are just enough to keep temperatures down and enable the barley to exploit the maximum amount of moisture, increasing plumpness and yields.”

“Kangaroo Island is typically up to 15 degrees cooler than parts of the mainland, and enjoys extra rainfall,” he said.

Mr Pontifex said Kangaroo Island stopped growing significant amounts of barley about 10 years ago, but the launch of the Westminster variety, and discussions with Coopers, have seen a resurgence in its popularity.

“The ideal growing conditions and good returns mean barley is again becoming an important part of the island’s economy.”

“We don’t get the real hot weather that causes plants to shut down prematurely,” he said.

“The average width of the Yorke Peninsula is only 30 to 40 kilometres coast to coast, so it is surrounded by sea which keeps temperatures down.

“We also have reliable rainfall.

“Even in the really bad years, we get enough moisture to ensure the grain is not too stressed, while the soil itself tends to be alkaline and free draining, which suits barley.”

Coopers’ malting plant was officially opened in late 2017 and earlier this year, and alongside The Swaen in The Netherlands, was jointly named Maltsters of the Year 2019 at the World Barley, Malt and Beer Conference.

The remainder is sold to international and domestic customers.