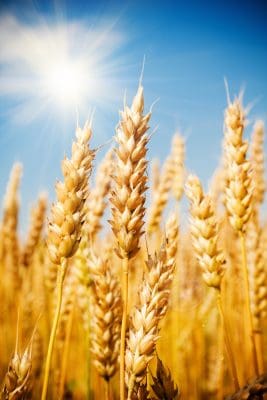 Optional origin means the seller has the choice to supply from any country of origin which meets the buyer’s requirements.

It’d be great business if Australia could compete, but Australia is not competitive on price.

Saudi Arabia’s buying agency has stepped up purchases of grain imports since its government decreed in 2007 to curb irrigated domestic production in order to save dwindling underground water, a departure from its long-standing and costly objective of self-sufficiency implemented in the 1980s.

The policy has increased its reliance on imported barley (for livestock feed) and milling wheat (for human consumption).

It consumes more than 3MT of milling wheat per annum mainly for production of flat breads, western breads and other baked foods such as pizza.

Most of the imported wheat comes from EU and Baltic origins, and Australia (since market access negotiations were concluded in respect of phytosanitary arrangements between Australian and Saudi government agencies) has shipped small quantities of wheat since 2010.

Other origins which also could achieve the price, quality and shipment position are EU, Baltic states and Argentina if the quality profile matches the buyer specification.

Australian premium wheat struggles to be competitive. Saudi Arabia often gets a better wheat deal from countries where the combination of local price and freight is sharper than from Australia.

Traders say the wheat specification of the Saudi tender lined up ideally with specifications for United States’ origin hard red winter wheat which calculated at around US$178/mt fob ex pacific northwest, in order to achieve the tender result of cost-and-freight (CandF) price around US$208/mt.

For Australian wheat to fit the quality requirement of the Saudi tender specification, i.e. in part, protein 12.5 per cent (dry basis), it’s likely suppliers would need to blend APW1 at around US$205 fob with H2 wheat at a premium of over US$20/mt, and the cost of the wheat free-on-board (FOB) Australian port would make the blended price too expensive after adding shipping expenses.