THE median yield for the Queensland and northern NSW sorghum crop is forecast at 2.92 tonnes per hectare, just below the long-term median of 2.97t/ha, according to the January regional outlook from the Queensland Alliance for Agriculture and Food Innovation (QAAFI). 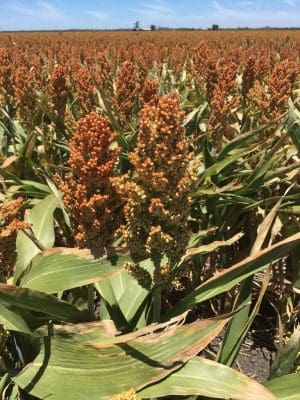 Yield outlooks varied between regions, with Central Queensland (CQ) having slightly above-average yield prospects, while most areas in southern Queensland and northern NSW were looking at yields close to or below long-term expectations.

According to the report, widespread above-average rainfall is needed over the next month to allow late plantings in parts of CQ and improve yield prospects for the entire summer-cropping region.

Most areas of CQ have soil water recharge levels in the 50-60 per cent range of total plant-available soil-water capacity.

Conversely, most areas in NSW and southern Queensland have recharged to 30pc or less of the available soil moisture profile levels for that region.

Most of CQ and the southern sorghum-growing regions of northern NSW are showing a more than 60pc chance of exceeding the long-term median shire yield. 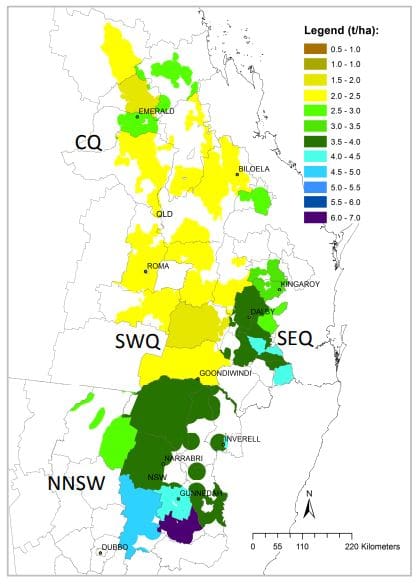 Conversely, most parts of southeast and southwest Queensland, and northern NSW, have close to average or slightly reduced chances of exceeding their long-term median yields.

Rainfall recorded between October and December was average to above average, which resulted in most areas of near or south of the NSW-Queensland border receiving sowing opportunities.

The rapidly falling pattern over November and December of the Southern Oscillation Index indicates chances similar to climatology (i.e. 50:50) for most of the summer-cropping region up to April.

The benchmark for this outlook is the simulated long-term median shire sorghum yield within the broad northeast Australian cropping region (Map 1).

The median yield is based on predicted performance over the past 115-years using an agro-climatic model for sorghum with long-term rainfall records. 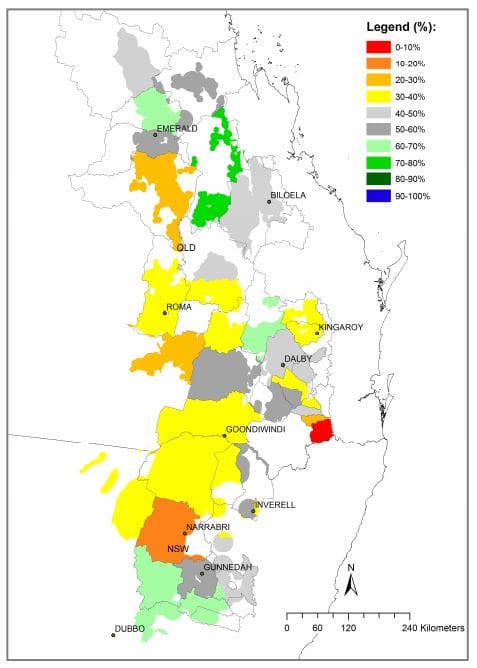 The calculation of benchmark yields and outlook chances do not take into account effects of poor crop nutrition, or damage due to pests, diseases, frosts, or extreme events such as heat waves.

QAAFI’s crop outlook is based on paddocks which have been fallowed over winter, and crops planted into long-fallowed ground are likely to have better yield prospects.

The current outlook is the combination of recharge of starting soil moisture profiles and the current crop outlook based on SOI phase analogue years from history similar to the phase as at the end of December 2017.

The outlook for the sorghum crop, which will largely be harvested in February-March, is close to average chances (50:50) of exceeding the long-term median yield for most areas in Queensland cropping regions.

Source: QAAFI, a research institute owned and operated by the Queensland Government and the University of Queensland.