WIDESPREAD and severe frosts centred on Western Australia’s Great Southern region have slashed at least one million tonnes (Mt) from the state’s expected winter crop, which was forecast by the Grain Industry Association of Western Australia (GIWA) on Friday at 16.3Mt. 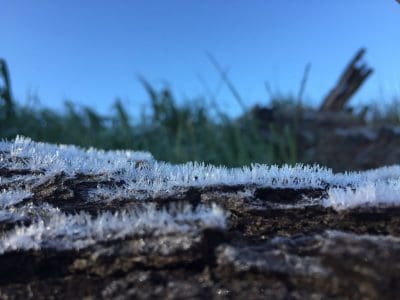 GIWA’s oilseeds council chair, Michael Lamond, said while GIWA on Friday said the state’s barley crop had the potential to hit a record 4Mt, it could drop to as low as 3Mt as a result of the weekend frost.

“It’s going to hit the barley hard, because barley was more advanced than wheat, which is still not out in ear.”

“I wouldn’t be surprised if we got a winter crop of 15Mt or less because of the frost, and because the eastern areas haven’t had rain and are drying off quickly.”

Mr Lamond said WA’s hopes for a 10.1Mt wheat crop were likely to be dashed, but because wheat was in most cases planted later than barley, it would have more chance of avoiding frost damage.

Canola crops were expected to be hard hit by the frost.

“It could take half the yield off some crops.

Districts like Newdegate and Nyabing are believed to have been hardest hit by the frosts, with overnight temperatures down to record or near-record lows of minus 4 degrees Celsius.

Mr Lamond said barley quality as well as yield could be impacted by the frost.

“Screenings could be a problem.”

In its September crop report Friday, GIWA portentously said wheat tonnage could swing either way over the next three weeks, depending on the weather, as the large wheat-growing areas in the east of the state were starting to run out of moisture to finish off crops.

Industry sources said crops well north of the Great Eastern Highway and closer to the coast have suffered little or no damage to frost, with wheat-yield losses seen at a maximum 10 per cent.

“In most of those western parts of the Geraldton zone, they’re still on track for a pretty good harvest, and a lot of crops are looking sensational,” Mr Lamond said.

In Friday’s crop report, GIWA said the Geraldton zone was on track to produce a winter crop of 2.7Mt, up 1Mt from its 2017 production, if the weather was mild over the next few weeks.

The central and western areas of the zone have had almost exactly the same total rainfall for the calendar year as 2017, the difference this season being perfect timing of rainfall events.

Wheat crops in this zone’s eastern reaches have more biomass than normal, and GIWA’s report said they could crash in coming weeks if the weather was warm and dry, but rain and mild temperatures could generate average or better yields.

Most cereal crops in the Kwinana zones eastern reaches have average to above-average yield potential, but the canola crop is late and is likely to struggle to achieve average yields.

Along with WA’s grain powerhouse, the Kwinana zone, the Albany zone is WA’s key barley and canola-producing region, and cereal crops in its western reaches are largely on track for above-average yields.

Following a poor start, prospects for crops in the southern Albany zone have picked up, but in the parts of the zone’s eastern Lakes region and in the Esperance zone, frost will compound problems caused earlier by late planting, limited rain and patchy germination.