RICE bran, the outer covering of the rice grain, has high nutritional value and is a rich source of proteins, fats, minerals and micronutrients such as B vitamins, according to a study published in the open access journal Rice. 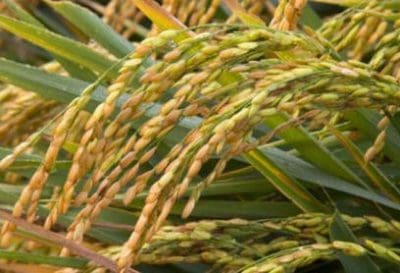 Researchers at Colorado State University in the United States suggest rice bran, which is removed from whole grain rice during processing and used as animal feed, could have benefits for human health and nutrition.

Professor Elizabeth Ryan, the corresponding author said: “A single serving of rice bran – 28 grams according to USDA – delivers more than half of a person’s daily requirements of important vitamins such as thiamine, niacin and vitamin B6. Traditionally, rice bran is thought to be a cheap fiber source and only considered useful as a source of lipids, for example as cooking oil. It has not been used much in human health and nutrition because it is considered an animal feed but its high nutritional value warrants greater public health attention.”

The researchers used an approach called food metabolomics, or “Foodomics”, which uses a sophisticated biochemical technique, called mass spectrometry, to identify and measure the abundance of many different molecules present in a food.

Assessing three US rice varieties that were previously used in human dietary intervention trials, the researchers found 453 metabolites, including 65 that had been shown to have potential medicinal and health promoting attributes and 16 that had not been reported for rice bran before.

“We investigated the amino acids, vitamins, cofactors and secondary metabolites that can be found in rice bran, as we suspected that they contribute to its medicinal and nutritional benefits. We were surprised to find that cofactors, vitamins and amino acids make up almost 50% of the total small molecule content,” Professor Ryan said.

A literature search conducted by the authors showed that some of the compounds they identified in rice bran had been shown in previous studies to have anti-inflammatory, anti-microbial and anti-hypertensive properties, among others.

Rice bran also has a protein content of 12-15 per cent that deserves attention as it could help tackle nutrition shortages that are a major global health concern.

“Rice is an essential staple food for more than half of the world’s population. It is grown in more than 100 countries. Rice bran as a food ingredient could deliver more than 400 individual compounds when consumed and it is likely that many of them function in a teamwork manner to deliver health benefits,” Professor Ryan said.

“Although only limited information was available on how well individual compounds will be usable by the human body after ingestion, the biochemical composition of rice bran merits further investigation for nutritional therapies and medical food applications.”