PRODUCTION estimates for the Western Australian winter crop harvest have been lifted 600,000 tonnes in the past month to 15.688 million tonnes, according to the December crop report from the Grain Industry Association of Western Australia (GIWA). 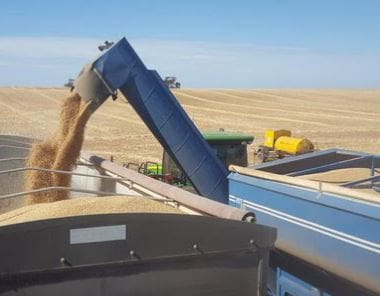 Report author, Alan Meldrum, said as harvest progressed through the state, yields across the board were higher than anticipated.

“We have raised our forecast by three per cent overall from our November forecast, which we had discounted for frost effects. The frost-affected areas yielded a bit better than anticipated. Even where there weren’t any frosts the yields are 200 to 300 kilograms/hectare better than thought,” he said.

However, areas that were hardest hit by the September/October frosts, such as around Lake King, Varley, Hyden, Lake Grace, Kondinin and the north Merredin districts, have recorded very poor yields of 400 to 600kg/ha in the most severely affected cereal and canola crops.

Damage in the wider area of the eastern Kwinana, southern Geraldton and northern Esperance zones is less in effect and more sporadic in pattern.

Mr Meldrum said the shining light of this year’s harvest was canola which had recorded “some amazing yields and oil content”.

“The Geraldton port zone, which encompasses some very low rainfall and sandy coastal areas, and some very nice country in between, has averaged 2t/ha for canola across the whole port zone,” he said.

“That is due to the very long season. It was planted in early April, has had a 7.5-month growing season which is about two months longer than normal, and it has produced a phenomenal yield with terrific quality. No-one is reporting anything under 47pc oil content. There is some at 50pc oil content.”

With wheat production in WA predicted to top 9.09MT, Mr Meldrum said it was a year of high-yielding crops but disappointing protein levels.

“Unless the crops have been pumped up with nitrogen, they are low protein. It will be a low protein year,” he said.

“But that was anticipated. When you are producing 4-5t/ha yields in lots of places, it hasn’t been able to produce the protein to give the best quality possible.

“Grain size is huge. Even in some frosted areas, the grain shrivelled away to almost nothing, so there is not a lot of GP wheat being created through frost.”

Mr Meldrum said the forecast for WA barley production had been lifted 13.9pc in the past month to 3.099MT and malt grades were high.

“The malt grade strike has been very good. You would normally expect 35pc to 45pc of barley in an average year to make malt grade, but 60pc to 70pc of malt quality varieties have made malt grade this year,” he said.

“It is at a decent premium over feed grade, so that is helping enormously. Some growers in the Midlands area are cracking 5-6t/ha.”

The report says oat yields and quality are above average in most regions. However, high yields in the lower Albany zone have been tempered by low grain weight.

Lupins have recorded excellent yields in the Geraldton zone, while in southern regions, what looked to be bulky lupin crops with few pods now have above average yield potential after the extended cool spring. 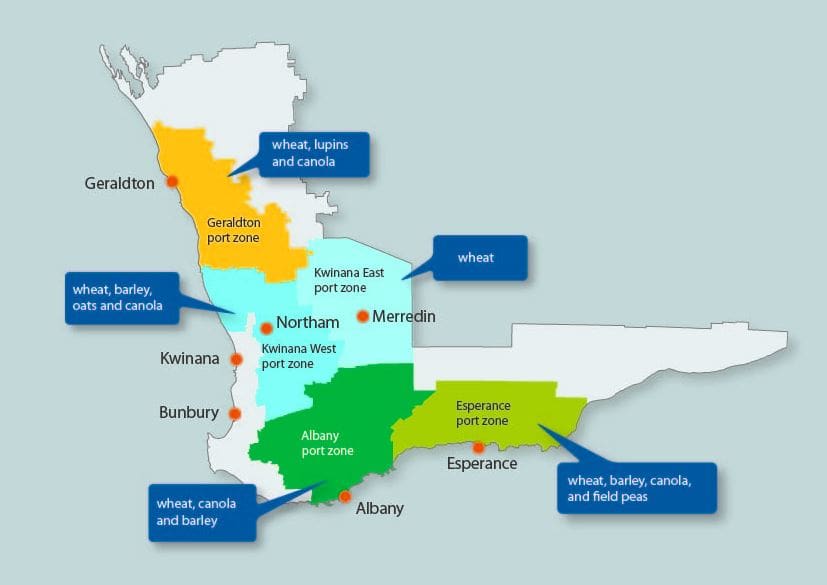 Harvest throughout most of WA is about a month later than last year because of the cool weather through late October and early November, but has picked up pace in recent weeks with optimum weather conditions and few delays.

Mr Meldrum said harvest in the northern half of the Geraldton zone was 90pc complete, and through the Esperance area, despite a slow start, there were quite a few growers getting to the end of harvest as well.

From Moora to Perth and across to Merredin in the Kwinana and Midlands region, harvest is about 55pc complete with most growers moving onto wheat, having completed canola, barley and lupins.

Through the Great Southern where there has been a slow start, growers are just onto canola and barley.