Winter crop crosses the finish line on a record high AUSTRALIA’s winter crop production for the 2016/17 season hit record highs in all mainland states with an estimated 58.9 million tonnes (Mt) produced nationally, a 49 per cent increase on the previous year, according to the latest Australian crop report from ABARES.

“The revised winter crop estimate was the result of yields being higher than anticipated and reaching previously unseen levels in most regions,” Mr Gooday said. 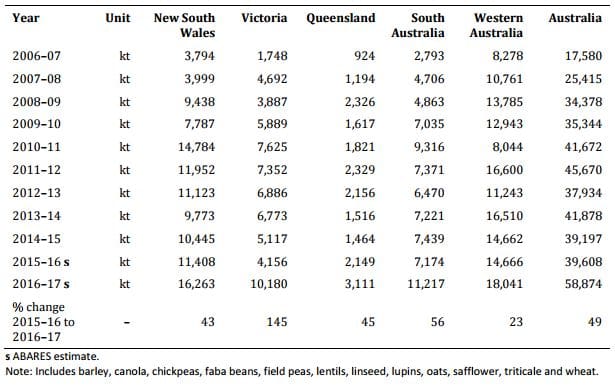 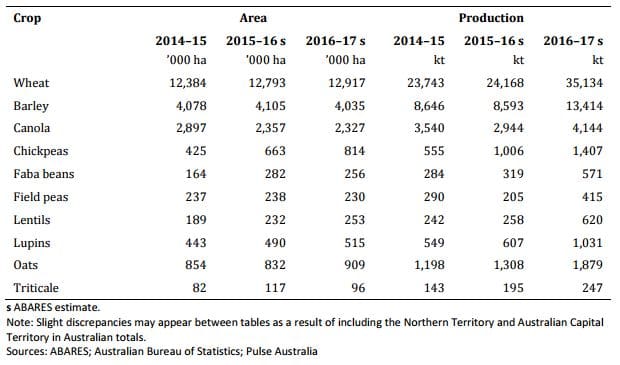 Harvest of the winter crop is almost finished with only small areas in Victoria yet to be taken off.

Meanwhile, drier and warmer than average seasonal conditions in the cropping regions of Queensland and northern NSW over the past three months have reduced prospects for summer crop production in 2016–17.

“The timing and quantity of rainfall over the remainder of the season will be critical to the ongoing development of dryland summer crops,” Mr Gooday said.

“That said, with summer planting now largely completed, the total area planted is estimated to have increased by 15pc in 2016–17 to around 1.4 million hectares, with total summer crop production forecast to rise by 12pc to 4.2Mt.”

Mr Gooday said the area planted to cotton was estimated to have more than doubled in 2016–17 to 557,400ha, reflecting favourable supplies of irrigation water, high levels of soil moisture early in the planting window and expected favourable returns from growing cotton.

The area planted to grain sorghum is forecast to fall by 35pc in 2016–17 to 441,000ha, largely because of higher expected returns from growing cotton.

Additionally, late season planting is expected to be minimal because of unfavourable seasonal conditions over the past three months. These conditions are also expected to constrain the average yield, with production forecast to fall by 41pc to 1.2Mt.

Rainfall in the cropping regions of northern NSW and Queensland during the November 2016 to January 2017 period was well below average to extremely low. 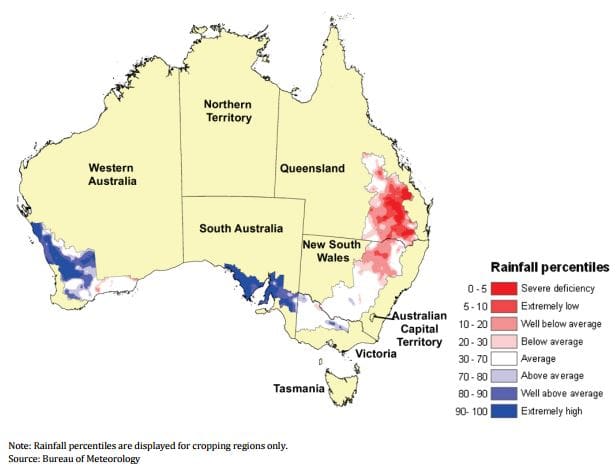 The February edition of the Australian crop report is available at ABARES Publications.