CROP grazing in late autumn and early winter can be a useful tactic to expand crop area and/or increase livestock numbers to boost whole farm profits. 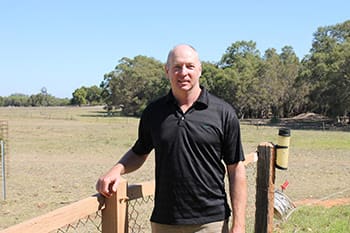 Grazing of early-sown crops by sheep or cattle can also have positive spin-offs in helping to mitigate the effects of frost and disease in some situations and increase availability of affordable feed for stock in early winter.

Research in Western Australia through the Grains Research and Development Corporation’s Grain & Graze 2 and 3 projects from 2010 to 2016 has found crop grazing is most profitable when:

AgVivo adviser and GRDC Grain and Graze 2 project leader Philip Barrett-Lennard said the use of crop grazing in WA had been increasing in the past decade and growers from Geraldton to Esperance were now reaping whole-farm productivity benefits.

He said optimum results occurred in the grazing enterprise through the provision of quality, low-cost feed to fill the typical autumn/early winter gap and allowing pastures to get away – with little or no penalty to crop yield.

Economic modelling conducted through the Graze & Grain 2 and 3 projects indicates crop grazing can improve whole farm profits in some situations and the key drivers are:

Mr Barrett-Lennard said without this combination of tactics, whole farm profit was likely to remain unchanged – or even decline – as too much crop income was sacrificed in the chase for extra livestock income.

He said when crop grazing was managed well, grain yield reductions of only 0-10 per cent should be expected.

To optimise farm profit, the aim should be to more than offset any such yield loss with an increase in livestock enterprise returns.

As shown in Table 1, modelling of a WA South Coast farm highlighted that profits can be increased (by as much as an extra $34,200) when 1000 kilograms/hectare is removed through crop grazing and there is no grain yield penalty.

At a five per cent grain yield penalty, there was an extra $22,100 in profit from this level of grazing compared to no grazing.

Mr Barrett-Lennard said getting crops in the ground prior to the season break could significantly boost the amount of biomass available for grazing in late autumn and early winter, when there was typically a feed shortage in WA.

Grain & Graze trials at Wickepin in 2014 and 2016 found crops sown in mid-late April produced 400-2200kg/ha of edible biomass by early-mid July, with about 50pc being available by early June.

Most crops can be grazed and, in WA, growers typically use spring-type wheat, barley, oat and canola varieties.

But Mr Barrett-Lennard said winter type varieties with a vernalisation requirement for flowering were better suited to this tactic and good options included: the winter feed barley variety Urambie (that can be sown in April with good early vigour and maturity); Currawong and Revenue winter feed wheat varieties; and the milling winter wheat Wedgetail.

He said, ideally, WA needed a fast maturing winter wheat variety that could be sown early – but would still flower at a similar time to spring cereal varieties sown in May – and the Australian Grain Technologies-developed line RAC2341 might help to fill this gap in the future.

Several growers in the Great Southern and South Coast are experimenting with crop grazing of available winter canola varieties and the vernalisation requirement for flowering means these can be sown in spring, summer or early autumn.

Timing the entry and removal of stock

It is recommended to start grazing when the crop is anchored, which is typically three to four weeks after sowing (around the three-leaf stage). This can be checked with a ‘twist and pull’ test.

To minimise yield loss, it is advised to graze for about two or three weeks (up to a month) and remove stock before the stem elongation process starts in cereals (before Zadoks Growth Scale stage 30) or after bud formation in canola. But seasonal circumstances may require or allow careful grazing after this time.

Findings from the Grain & Graze analysis indicate grazing crops lightly, by ‘clipping’ the top 5cm of the plant, early in the growing season (before GS30), can lead to smaller yield reductions than heavier and later grazing. Crash grazing (down to ground level) is not recommended. 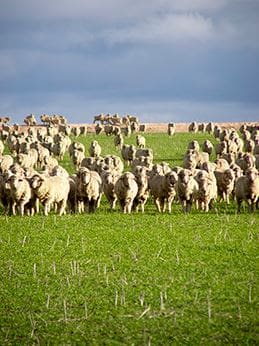 Mr Barrett-Lennard said using a low stocking rate for a longer period had been successful in most WA cropping areas, with the potential downside being that livestock often unevenly grazed a crop.

He said this rarely caused big yield losses if the grazing period was relatively short (two or three weeks).

But there were situations where stocking rates of only one to two ewes/ha had been used from early-July to mid-August without affecting grain yield, leading to significantly higher sheep productivity.

A typical rule-of-thumb in WA has been that every two days of grazing will delay crop flowering by one day.

Mr Barrett-Lennard said this was a useful guide, but the Grain & Graze data indicated flowering delays would be highly variable – including that:

It is advised to manage frost and heat stress risks through choice of crop type, variety and sowing time, rather than relying solely on crop grazing tactics.

Some pre- and post-emergent herbicides, seed treatments, insecticides and fungicides have a withholding period from grazing after application.

This can be as long as 15 weeks, which can severely limit grazing opportunities, and means the timing of any grazing and spraying operations needs careful management.

Mr Barrett-Lennard said, in many cases, application of post-emergent herbicides and fungicides could be delayed until the end of grazing.

But he said long withholding periods of some pre-emergent herbicides (such as atrazine at 15 weeks in canola) and seed dressings (such as imidacloprid at nine weeks in barley) could make crop grazing in certain situations all but impossible. It was a legal requirement to observe withholding periods.

Research has shown crop grazing can exacerbate grass weed problems in high weed burden paddocks because the stock remove some of the crop canopy and lessen competition with weeds.

But if the weed burden is very low, a short period of light ‘clip’ grazing, where only the very top of the canopy is removed, tends to allow the crop to quickly recover from grazing and compete with weeds.

Crop benefits to the livestock enterprise

Mr Barrett-Lennard said at consistent ME levels of 12-14 megajoules per kilogram, very high animal production levels could be achieved with crop grazing – compared to grazing annual pastures with ME levels of 9 -11 MJ/kg.

He said it was also easy for stock to access crops due to their upright growth habit, leading to high animal intake at low feed-on-offer (FOO) levels.

Grain & Graze trials near Moora found pregnant twin-bearing ewes consistently gained body condition score (CS) – in a range of 0.2-0.5 CS over a three to four week period – during crop grazing of cereals in June, compared to stable or a steady decline in CS of those grazing pastures.

Mr Barrett-Lennard  said to avoid any metabolic disorders in stock that were grazing cereals, it was recommended to use a loose mix of calcium, sodium and magnesium and to add hay for fibre when grazing canola.

This is a short, simple guide to setting up and managing a crop grazing system specifically in Western Australian grainbelt conditions and highlights the potential agronomic and economic gains from adopting this tactic.

The video draws on the findings of the 2010-16 Grain & Graze 2 & 3 crop grazing analysis, which includes data from the Department of Agriculture and Food WA (DAFWA) and a range of trials coordinated by the GRDC’s western Regional Cropping Solutions Network (RCSN), WA advisers and grower groups.