THE Grains Research and Development Corporation (GRDC) has announced new appointments to its regional panels in the northern (NSW and Queensland), southern (South Australia, Victoria and Tasmania) and western (Western Australia) regions.

In announcing the appointments, GRDC chairman John Woods said the new panels were well equipped to serve the interests of grain growers.

One of the first commitments for the new northern panel will be the GRDC spring tour in mid-September when panellists will meet with growers, advisors and researchers to tour trial sites and research facilities in southern NSW.

The new southern panel commences duties on September 1. One of its first undertakings will be the annual spring tour of growers’ farm enterprises, GRDC trial sites and research facilities, starting on September 18. 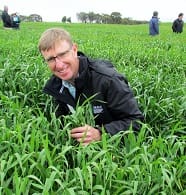 GRDC Southern Regional Panel chair Keith Pengilley, Evandale, Tasmania, said panel members worked closely with growers to identify cropping constraints and opportunities and played an important function in helping to ensure that the GRDC’s investments are directed towards the best interests of growers.

Mr Pengilley and the GRDC have also recognised the contribution of outgoing Panel members.

“We say farewell to South Australians Bill Long from Auburn, and Mark Stanley from Port Lincoln, as well as Rob Sonogan from Swan Hill in Victoria, who have all served multiple terms on the panel,” he said.

On a state-by-state basis, the new southern panel comprises:

The western panel comprises three new members whose fresh insights and differing backgrounds will complement the perspectives and skills set of those members who have been re-appointed for another term.

The three new panel members join those who have been reappointed for another term: 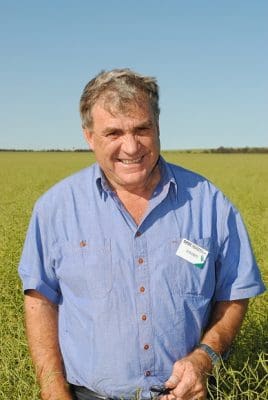