Growers ease back on barley in wake of China tariff CHINA’s decision to slap an 80 per cent tariff on Australian barley imports is unlikely to have a significant impact on the overall area of barley Australia will grow this season, with the majority of the crop already planted.

The tariff imposition has prompted some growers who still have country to sow to drop out their last planned paddocks of barley and leave them fallow or switch to an alternative crop.

Others are adopting a ‘wait and see’ approach to assess the tariff fallout before making a final decision when the next sowing opportunity arrives.

In Western Australia – Australia’s biggest barley exporting state – Grain Industry Association of WA (GIWA) Barley Council chair, Lyndon Mickel, said growers had gone in early with barley seeding this season and most of the crop was already in the ground. 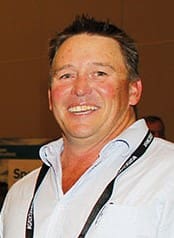 Mr Mickel said possibly 10 to 15 per cent of proposed barley plantings would be dropped out due to the tariff issue, but WA was still expecting its biggest barley crop on record with an estimated 1.8 million hectares this season.

“Whether growers can change their plantings at this stage depends on the rotations they are locked into and the flexibility they have in the system. It will depend on the individual grower. It is getting a bit late for canola. We suspect they will probably swing across to wheat or possibly oats,” he said.

“Unfortunately, those who haven’t done any marketing prior will cop the brunt of the tariff.”

On his family’s cropping operation 120 kilometres east of Esperance, Mr Mickel decided earlier in the year to cut back his barley acreage.

“Normally about 25 per cent of our program is barley, but we dropped it back to about 17 per cent at the start of the year because our rotation allowed it and because the (tariff) cloud was hanging over it. We adjusted accordingly. In hindsight, it has been a good decision,” he said.

Adjustment at the edges

On South Australia’s Eyre Peninsula, Lock farmer, Andrew Polkinghorne, said he hadn’t sown his barley yet, but had adjusted the area down slightly.

“We have probably dropped it by 20 per cent. I think a few other growers have dropped it by a similar amount. But I don’t think there is going to be a major downturn in the total area for the state,” he said. 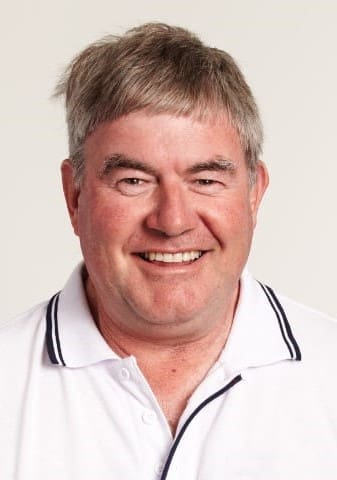 Mr Polkinghorne said there would be little impact on barley acreages with SA growers only making “a little bit of adjustment around the edges”.

“I think the majority of it is already sown. We’ll have to wait and see what happens. I think it is a normal year for barley plantings in South Australia,” he said.

“If (China) is buying their barley from somewhere else, perhaps there is a gap there we can fill. Swings are never quite as good or quite as bad as what you think they are.”

“It won’t change the acreage significantly,” he said.

“It has become a talking point for growers and created a lot of frustration and uncertainty, particularly as the trade are uncertain about where they are heading too. They will take a week or two to get their heads around it. I think two weeks will make a big difference.

“A few growers in NSW and Queensland have said they’d rather have a tariff than another drought.”

Mr Hosking said Queensland was still looking for another fall of rain, but NSW, Victoria and SA were looking good. In WA, a few areas had had rain but for the most part they still needed significant falls.

Mr Newton said a lot of the Queensland crop had yet to go in as it had been dry for the past three months. He expected more barley would be included in the mix. “I think growers will still look at barley as an option along with wheat and chickpeas,” he said.

Mr Newton said much would hinge on the forecast chance of rain in the Queensland cropping zone this week.

“It’ll depend on what we see and hear in the next week. If we get good planting rain we won’t be on the ground for a week, so growers will be staying tuned to see what happens,” he said.

“It will depend on whether growers are sitting on seed or have to go and buy some. That all comes into the mix. If they haven’t got the seed they are certainly more flexible with the decisions they will make.

Left Field Solutions principal, Pete Johnson, said growers in the northern farming zone had virtually sold out of old crop and were weighing up what to do with the balance of this season’s planting.

“Where they can amend their plans away from barley they are. But it is not a wholesale shift out of barley. There’s maybe a 5 per cent swing out,” he said.

“As far as selling new crop, people have decided to wait and let the panic run through the market. The market reacted in full on the announcement the tariff was likely, so the downside is done. People are lowering their price targets but not engaging with the market.”