Growers are hoping to match the hectares of CY22’s crop, which was a bumper year for the rice industry. This is an image of last season’s crop at an Irrigation Research and Extension site. Photo: IREC

SOUTHERN New South Wales rice growers are remaining optimistic about their prospects for the Crop Year 2023 (CY23), despite the major of the crop set to be planted at the back end of the optimum window.

Most of Australia’s rice crop is grown in the Murrumbidgee and Murray valley regions of NSW, which has seen rainfall totals over 150-millimetres in the past few weeks, compounded by months of above-average falls and cooler conditions.

The wet weather has limited growers’ ability to plant, either via aerial or drilling sowing, which would usually take place in October and, in some areas, into early November.

Rice Growers Association of Australia president Peter Herrmann said while planting has been delayed the vast majority of growers still intend to plant their original area of rice.

“On a small scale many people have made a start, but the major part of the planting is still to happen,” Mr Herrmann said.

He said it was too early to tell if crop yields will be affected by excessive rainfall; however, the more growers who plant into November, the higher the risk is for downgrading and loss due to cold weather conditions. 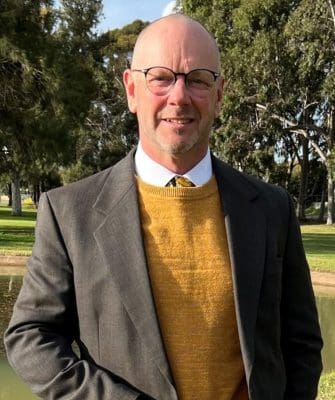 He said he started sowing in the last week of September.

“[It] was a little earlier than ideal; however, there haven’t been too many opportunities since.”

He said most growers were waiting for dry weather to start planting and were using any means at their disposal to finish the job.

“We don’t need a lot of time; we just need a dry week.

“If we get 7-10 days, provided the land is not inundated in a low-lying area…then the crop will be in.

“There are innovative ways to get a rice crop in and people have been doing everything they can to make it happen.”

Mr Herrmann said he expected there will be an increase in aerial sowing, with some paddocks too wet to accommodate heavy machinery.

He said despite the challenges and delays, the ABARES September Crop report forecast of 63,500 hectares planted to yield 648,000-tonne for the CY23 is still possible.

Fellow rice-grower and SunRice chairman Laurie Arthur said he had also spoken to growers who are delaying planting.

“I have been speaking with a number of growers and I know that rice preparation has been extremely challenging, and some plantings have already been delayed,” Mr Arthur said in a statement.

“This has been the case on my own farms here at Moulamein, where I have recorded rainfall at levels not previously seen at this time of year.”

He said, while the weather is “proving a headache for rice preparation”, the full water storages provide opportunity for growers not seen during drought times.

“And of course, while the water availability is positive, with forecasts pointing to La Niña continuing and the current wet weather across the region – the threat of flood is also front of mind for many growers.”

Some pests on rise

Based in Oaklands in the southern Riverina, Sefton Agronomics’ Greg Sefton said his clients were also positive about their prospects of finishing planting within the ideal timeframe.

“We have got some options to get it in,” Mr Sefton said.

“We are always optimistic, and it will happen.”

He said some growers may be pushed into sowing in November, increasing potential growth issues for their crop.

“If we are a week out of the window, we will take that risk.

“Growers are still optimistic and will put it in and assess the conditions as they go.”

He said rice is “a pretty hardy crop” and can handle sitting in water; however, if the crops are fully inundated for an extended period this could impact development and viability.

“You need to manage the water depth.

“If it keeps raining and the water gets too deep, that might be a bit of a challenge for some growers to keep the water low enough so the rice can grow out and breath.”

He also said there was an increased instance of some pests, such as snails and bloodworm, due to the wet weather.

“Bloodworm, which is a midge that attacks the seed shortly after sowing, is bad this year due to wetness.

“We spray immediately after sowing for that, and it is pretty straightforward to control.”

In a statement released to the ASX last week, Mr Arthur quietened grower concerns that they would be liable to pay a fee, specified under a “washout clause”, if they can’t deliver the contracted tonnage.

“I know our growers are committed to planting the seed that they have ordered in both the pool and fixed-price contracts, and will seek every opportunity in the planting window to do this,” Mr Arthur said.

“I am aware that some growers are concerned that they may have the wash-out fee enforced for the CY23 pool, even if they were unable to plant through no fault of their own – but as a consequence of the ongoing wet conditions.

“In light of these concerns, I wanted to let growers know that the company has considered the washout clause and has decided that this year (CY23), the wash-out fee will not be enforced in the event that growers are unable to plant as a result of the wet weather conditions.

“We still expect volumes in the CY23 fixed-price contracts to be honoured, and no wash-out exemption will apply.”