PLANT breeders are working to develop wheats with greater tolerance to heat to mitigate against the threat of heat stress severely undermining the yield potential of wheat crops.

Periods of extreme high temperature, particularly short periods of heat shock, are a major threat to wheat yield and grain quality throughout much of the Australian wheat belt.

With predictions that heat waves and temperature volatility will become more frequent occurrences in Australia in coming decades, researchers are working to improve the heat tolerance of varieties through targeted genomic selection.

A comparison of the yield performance of thousands of wheat lines has been undertaken at the University of Sydney’s Plant Breeding Institute (PBI) at Narrabri in north west New South Wales under different times of sowing, heat shock conditions and within temperature-controlled greenhouses.

Addressing a GRDC Research Update webinar yesterday, University of Sydney post-doctoral researcher, Dr Rebecca Thistlethwaite, said the work at Narrabri, which has been running since 2012, highlighted the impact heat stress had on wheat production. 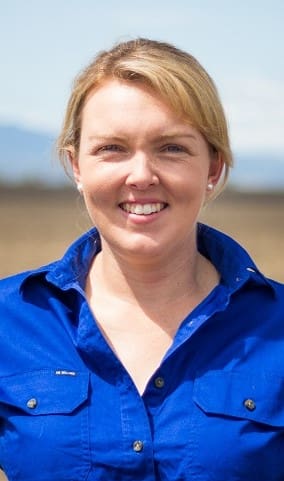 “For every one degree rise in average maximum seasonal temperature we have seen a 250 to 400 kilogram/hectare decrease in yield,” she said.

“There are two reasons for this. One is grain number is reduced where heat shock of three to five days above 35 degrees at flowering reduces yield, and we have also seen there is a particular stage just before flowering called meiosis that is really impacted by this type of heat shock.

“The second is grain weight which can be affected by high temperatures above 35 degrees during the grain filling period. This is because the plants are trying to keep themselves cool and they are not able to translocate their nutrients to fill grain.”

Dr Thistlethwaite said researchers had identified a range of wheat lines with high levels of heat tolerance, some of which maintained that heat tolerance across all Australian growing regions.

“Heat tolerance is controlled by many genes and is a complex inheritance. This means we need to adapt the strategies we use to select heat tolerant lines. The genetic basis of heat tolerance is still poorly understood because it is so complex,” she said.

“We have been making crosses between parents with complimentary traits which increases the probability of accumulative gene action.

“When we combine them it does provide good heat tolerance. That is what we are seeing with the breeding lines that we are bringing through and disseminating out to commercial breeders.”

“The ultimate aim of the program is to identify lines that perform very well when sown optimally and maintain yield when temperatures are high,” Professor Trethowan said.

“While years of breeding selection has resulted in many current Australian wheat varieties possessing heat tolerance, the research has identified genetic material that offers superior heat tolerance potential, which can be used to mitigate the effects of a warming climate.” To progress genetic improvement for heat tolerance, Professor Trethowan said it was imperative for researchers to have a relevant, effective and repeatable phenotyping strategy.

“Over time, researchers at PBI have developed a three-tiered scheme for phenotyping for heat tolerance,” he said.

“Stage one involves time of sowing trials under irrigation, stage two evaluates the lines which demonstrated a level of heat tolerance for response to heat shock using field-based heat chambers and stage three focuses on the delivery of controlled heat stress in glasshouses to assess the impact on pollen.

“The pollen impact is extremely important – results from one of the heat susceptible varieties showed that heat shock reduced pollen viability by two thirds.

“If we can introduce a gene for enhanced pollen viability under heat and another gene which maintains grain weight under high temperatures, then it allows the sowing window to become a little wider despite tougher growing conditions.”

The success of the phenotyping strategy being implemented at PBI has helped establish a successful genomic selection strategy for heat tolerance.

“We’ve reduced the cycle time of cross to cross from six to seven years to two to three years,” Professor Trethowan said.

“Because we now have an extensive genetic profile of a broad range of material, we can combine the genetics, the field responses, the heat chamber responses and the glasshouse responses to calculate genomic estimated breeding values (GEBVs) and quantitative trait loci (QTL) linked to heat tolerance traits.

“There’s enormous value in that germplasm for plant breeders who are interested in heat tolerance.”

There are two models used to calculate GEBVs – a baseline model which only predicts the overall GEBV of each genotype and a more sophisticated model which incorporates genotype-by-environment interaction.

“From there we take those lines with the highest breeding values and test them in Western Australia and Victoria to confirm that these responses are transferable across environments on the basis of that breeding value,” Professor Trethowan said.

“What we’ve seen is good correlation in predictability across the different regions as well as good prediction accuracy when the sophisticated model is used.

“At Dubbo (NSW) and Goondiwindi (Qld) over the last 30 years there has been a reduction by one half of the moisture that was typically available over the previous 100 years. That indicates there has to be a shift in our ability to make use of the summer moisture in this environment. This may require the need for deep sowing,” he said.

“Historically deep sowing has been problematic, likely because the coleoptiles of our current wheats are quite short.

“We are moving slowly to a new future with new dwarfing genes with coleoptile properties and breeding lines developed with long coleoptiles for deep sowing.”

Dr Rebetzke said as air temperatures increased across the wheat-growing areas, there was also an increase in soil temperature which adversely impacted a wheat plant’s coleoptile length.

That means that in very warm, black vertisol soils growers have needed to sow shallow to ensure good establishment.

But Dr Rebetzke said if researchers could develop wheats with longer coleoptiles it would give growers the opportunity to sow a bit deeper chasing moisture in warm soils.

“Agronomically, moisture seeking points and maintenance of stubble to keep soils cool will be the key going forward in ensuring timely establishment with early sowing in hot soils, he said.

“Large, plump seed is going to be critical as well to ensure timely and successful establishment.”

Dr Rebetzke said it was also important for growers in high temperature areas to store their seed for next year in cool aeration storage facilities.

The research is a key investment for the Grains Research and Development Corporation (GRDC) and has been conducted by the University of Sydney’s PBI with assistance from Agriculture Victoria, Flinders University, Merredin Managed Environment Facility, Australian Grain Technologies and Intergrain.