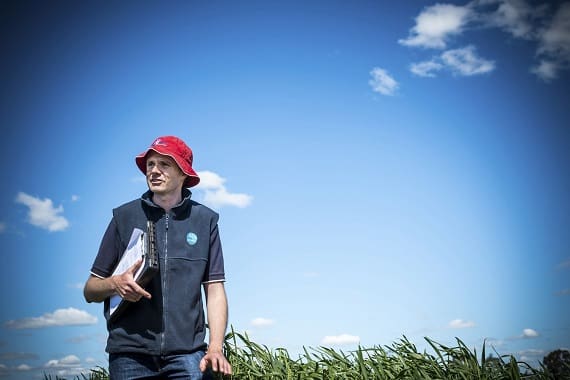 SOUTHERN region grain growers – in areas where ground cover is sufficient – should control summer weeds at the earliest opportunity to optimise the potential for a multitude of agronomic and financial benefits.

Grains Research and Development Corporation (GRDC) research investments have shown that every dollar invested in summer weed control generates an average return of $5, with early action enhancing the prospective benefits of control.

The GRDC’s landmark National Water Use Efficiency (WUE) Initiative concluded that complete weed control, involving spraying 10 days after a significant rain event, resulted in the greatest subsequent winter crop yield across 300 to 700 millimetre annual rainfall areas when compared with late summer weed control and no control at all.

Summer weed control will be important for growers in those parts of the southern region where ground cover protecting topsoils is adequate.

In areas where ground cover is scant following significant rainfall deficits and failed crops, growers will need to consider the risks of eliminating any existing vegetation too early, including weeds and volunteer crop plants, which can assist with erosion prevention.

If summer weed control is to be undertaken, agricultural scientist James Hunt, who was one of the key researchers leading the WUE Initiative, encourages growers to manage summer weeds at the three to five leaf stage using herbicides at registered label rates, as herbicide efficacy is generally highest when summer weeds are young and actively growing.

Dr Hunt said a further benefit of summer weed control was – where conditions were suitable – destruction of the green bridge (weeds and volunteer cereals) that could harbour pests and diseases between seasons, potentially reducing winter crop performance.

“Additionally, as we see rainfall patterns changing it is important to conserve any out-of-season rainfall and a major part of achieving this is through summer weed control,” he said. Growers are reminded to adhere to best practice when spraying summer weeds to reduce the risk of off-target spray drift and to be aware of new restrictions to the use of 2,4-D.

The Australian Pesticides and Veterinary Medicines Authority (APVMA) has suspended the labels of all products containing the active ingredient 2,4-D from October 4, replacing them with a permit.

Key changes for using 2,4-D under the permit include:

The new permit also includes an advisory statement for 2,4-D use in cereals, fallow and pasture from October 1 to April 15.

These statements advise operators to use an Extremely Coarse (XC) or Ultra Coarse (UC) spray quality and to take steps to mitigate the risk of spray drift such as adopting increased water rates and slower application speeds.

Grain growers and spray operators can access a practical guide explaining how to maintain efficacy when using coarser spray qualities in line with new restrictions to the use of 2,4-D. A ‘Maintaining efficacy with larger drops’ fact sheet has been developed by the GRDC to assist industry understand the on-farm implications of the new restrictions.

Meanwhile, in areas where minimising topsoil loss will be a priority over the coming months, the GRDC encourages growers to consult with their advisers about land management strategies. To further assist growers and advisers wishing to access tools and resources to inform decision-making, and for general support, the GRDC has developed a “Dealing With The Dry” web portal which contains links to useful information.