LANDHOLDERS in Western Australia’s southern wheatbelt are being asked to look out for and report sightings of the invasive weed, hoary cress, which poses a significant threat to agricultural productivity. 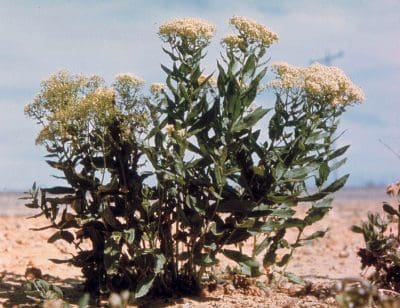 Earlier this year, the Department of Agriculture and Food WA (DAFWA) launched its MyWeedWatcher app to help landholders and community members identify and report significant weeds directly from their smart devices.

DAFWA weed research officer, Sandy Lloyd, said the app featured an in-built guide to help users identify weeds according to the plant’s characteristics, including the type of plant, flower colour and leaf shape.

“The MyWeedWatcher app’s reporting feature allows users to map the location of the weed, add photos and include information such as the density of the weed infestation and any weed control undertaken,” Ms Lloyd said.

“Users can send reports directly from the smart device to the department for identification or verification, and the response and outcomes are mapped online.

“By providing people on the ground with access to portable weed surveillance tools, such as MyWeedWatcher, our ability to control risks to our agricultural industries and environment is vastly improved.”

Hoary cress, (Lepidium draba, formerly Cardaria draba), poses a significant threat to pastures, and grain and horticultural crops, and has previously been found and controlled on four properties in the wheatbelt.

Landholders are responsible for weed management on their properties.

Ms Lloyd said the early detection and control of unusual, invasive weeds such as hoary cress was vital for the State’s agricultural sector.

She said if a landholder report of suspect hoary cress via MyWeedWatcher was confirmed by the department online, a biosecurity officer would follow-up by attending the property to confirm in-person and survey the area.

“Biosecurity officers will support landholders by advising them of suggested control measures, such as herbicides, and regularly monitor the property to ensure the controls have successfully eradicated hoary cress and prevented its spread,” she said. 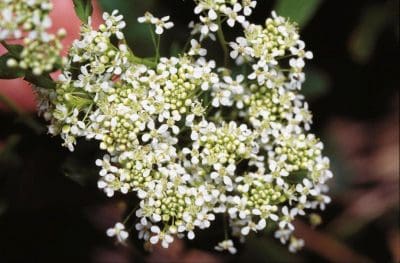 Hoary cress can be identified by its branching stem and grey-green leaves which are covered in soft, downy hairs, giving it a ‘hoary’ appearance. Its flowers are small and appear in clusters at the top of the stems from about September to November.

The plant has a very competitive, deep, perennial root system and can be allelopathic (stop other plants growing), and as a member of the cabbage family (Brassicaceae), the weed is likely to harbour pests and diseases that could attack canola and cruciferous vegetables.

Report hoary cress to the department by calling the Pest and Disease Information Service (PaDIS) on 1800 084 881, make a report using MyWeedWatcher on the department website, or report the weed after downloading the app free for smart devices from iTunes App Store or from Google play.