Hopes for record Mallee crop yet to gallop away This barley crop at Minyip in Victoria’s northern Wimmera and photographed in mid-October is expected to yield 6.5t/ha. Photo: GIAV

THE Victorian Mallee is on track for a record year, thanks to regular rain which has set up wheat and lentil crops for a strong finish, provided disease and more rain do not thwart quality and yield in the home straight.

Prospects for Mallee cereals were assessed on the annual Grain Industry Association of Victoria (GIAV) crop tour, which took place in mid-October and looked at 213 wheat crops and 141 barley crops in Victoria and southern New South Wales. 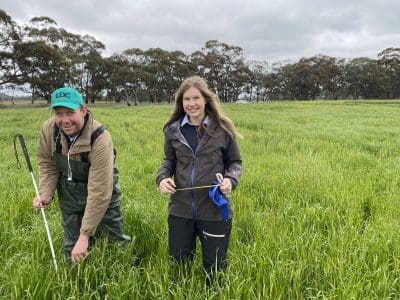 Conducted by 29 crop scouts from across the grain and associated industries and sponsored by Ridley Agriproducts, the tour estimated the yield for Mallee wheat crops at 3.52 tonnes per hectare.

Going on Digital Agricultural Services satellite-based estimate for the Victorian Mallee wheat area at 664,341ha, the region is expected to produce 2.34 million tonnes (Mt) of wheat, with harvest expected to start in the second half of November, weather permitting. 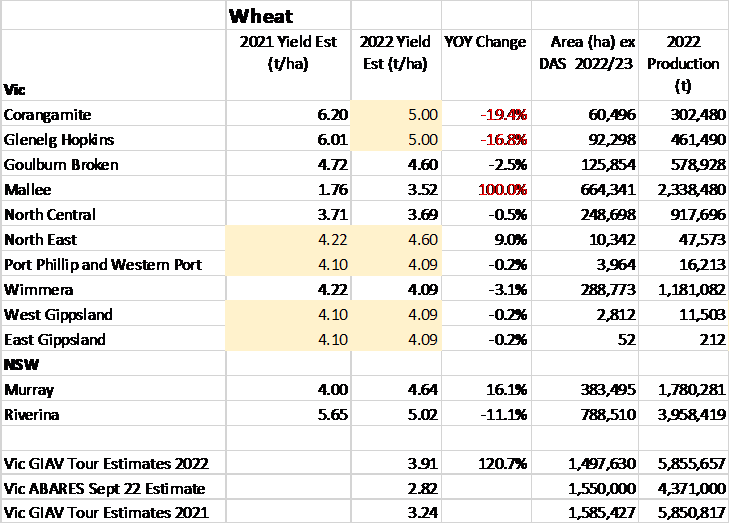 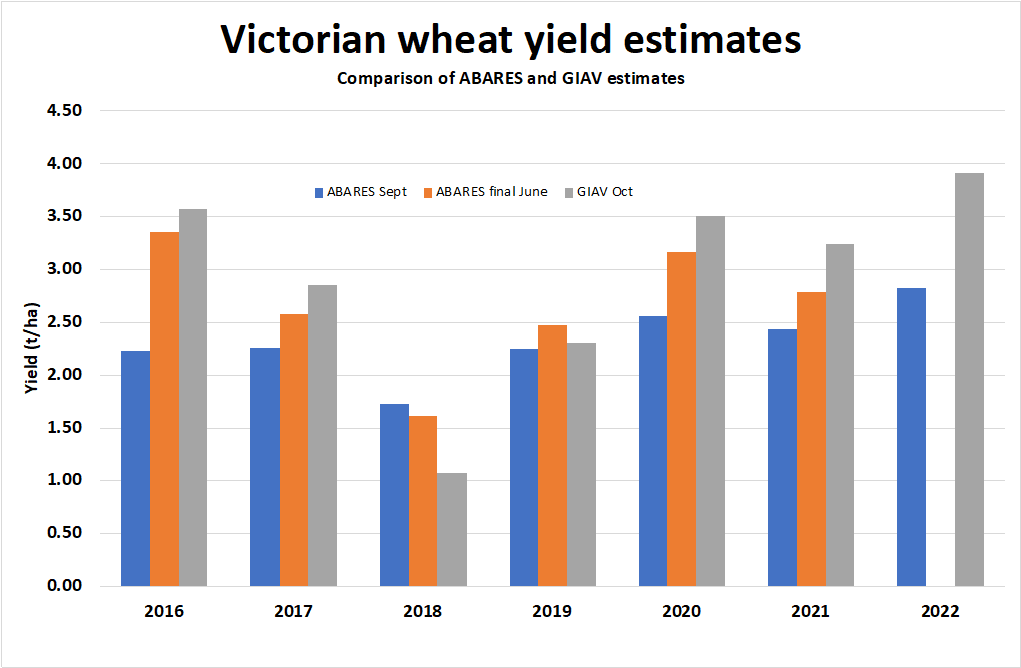 The Mallee is the biggest contributor to GIAV’s estimate for total Victorian wheat production at 5.856Mt, and well ahead of ABARES most recent estimate for the 2022-23 (Oct-Sep) crop of 4.37Mt.

The ABARES figure was released in its quarterly Australian Crop Report on September 6, ahead of rain in the first half of spring which has boosted yield potential significantly.

However, successive rain events and localised flooding could trim some yield off crops everywhere, and have done significant damage to low-lying crops, mostly in northern and central Victoria.

Commentary by GIAV released with its estimates say it all.

“The tour can best described as messy,” the GIAV report said.

“Crops are highly variable and the final yields can still change greatly from our estimates made much earlier than the normal crop stage for mid October.”

The tour itself was cut short by the unfolding flood event, with lodging from heavy rain, plant rot, and florets and grain not filling seen as potential yield limiters.

On the upside, heads on crops in well-drained country may fill more grains than normal. 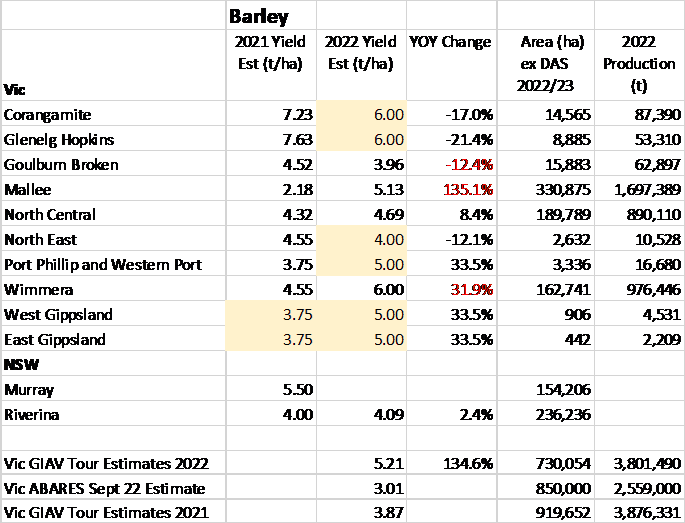