How much water have I stored since the last crop?

IT’S seasons like this, where much of the eastern cropping zone has been impacted by drought, that the importance of stored soil water comes to the forefront, assuming summer crop growers have received planting rain. 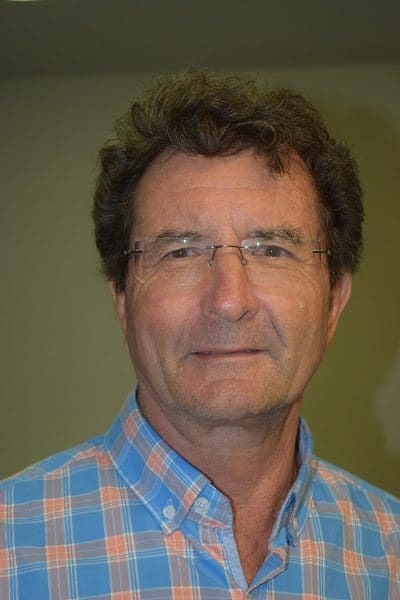 We generally have a good idea of how full a soil profile is in two conditions: when its bone dry and cracked or crops have died; and when we are bogged and the creeks are running.

At other times its generally more of a guess.

The science of estimating soil water is well established but the advent of smart mobile devices (phones and tablets) has facilitated the bringing together of complex models and databases (climate, soils, crops) into a simple interface to provide a robust estimate of soil water status that can be used when and where decisions are made.

The Grain Research and Development Corporation, with further support from the Australian Governments’ National Land Care Program, has developed SoilWaterApp.

This iOS (iPhone and iPad) app provides an estimate of today’s soil water along with future projections for any specified location, soil type and fallow/crop sequence.

Each paddock is considered separately, and is linked to the nearest Bureau of Meteorology climate station.

A series of steps is followed to setup a paddock, and once established, soil water is updated with a click. Figure 1: SoilWater app results screen showing: soil water status (yesterday), the average and last year and a plume to indicate where 60pc of years fall. A table indicates where rainfall has gone and a graph shows where the water is in the soil profile. Crop and stubble cover are shown at the bottom. (This image depicts analysis for a wheat crop at Greenethorpe, NSW)

The app quickly indicates a paddocks water status compared to last year and the long term average while providing an estimate of soil water looking forward.

In Figure 1, good rain in December 2017 has been retained until planting, providing this crop with sufficient water to get it through a hard season so far.

SoilWaterApp evolved from testing the prototype with farmers and consultants over several years and has recently been evaluated.

According to the University of Southern Queensland Centre for Agricultural Engineering research fellow, Dr Ann Starasts, who carried out a review, almost half of users said the app had helped to better monitor soil water, increased their knowledge about storing soil water, and enhanced their decision making and enhanced adviser advice.

The concept of ‘fallow dependency’ considers how dependent a crop is on water stored during the fallow and is presented graphically in Figure 2 with a water accumulation phase in the fallow followed by a consumption phase during the crop.

While this graph shows a fallow-crop, a similar process is operating before and after each rainfall, emphasising how important the soil is in buffering a crop in our unreliable rainfall environment. Figure 2: A graphical representation of soil water accumulation and crop water use when rainfall is less than crop water demand.

Table 1 describes how this crop fallow dependency differs between locations and cropping seasons.

For example; winter crops at Emerald in Central Queensland have a high fallow dependency as summer rainfall is higher than winter rainfall.

The other extreme is at Walpeup in Victoria’s Mallee where rainfall is low but falls during the crop period with 11 per cent of crop transpiration coming from soil water at planting.

Of course, each year is very different with these numbers being a bold average.

Typically fallow begins at harvest or at the end of grain fill.

Evaporation is the greatest robber of rainfall, taking most of the small falls that don’t wet below the surface 20 centimetres while weeds directly reduce the soil water from the surface and deeper soil layers and reduce nitrate accumulation. Both reduce yield potential next season. 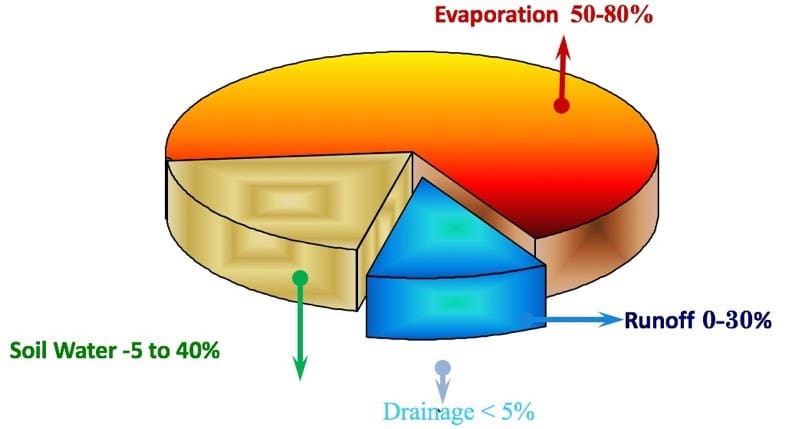 Where we have lower fallow dependency does that mean the soil water at sowing is not valuable?

It means that in a greater number of seasons you can get away with a lower soil water at sowing compared to places with high dependency, but the real test comes when water is in short supply – like in 2018.

Knowing how dependent your crops are on fallow moisture for the next crop doesn’t guarantee an above average yield, but it does emphasise how critical storing moisture during the winter or summer fallow period is.

SWApp can be downloaded free at the App Store (search for “soilwater”) or go to www.soilwaterapp.net.au.

(While it is recognised that not everyone has an iOS gadget, it is suggested that you borrow an iPad from your kids!)