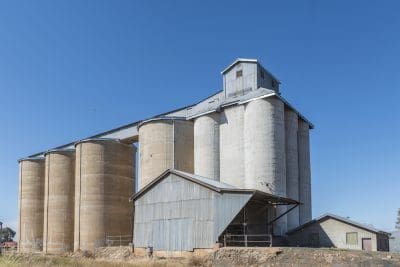 The Federal Government has sought input from Grain Producers Australia (GPA) and Grain Growers Limited (GGL) to create a system for publicly reporting wheat stocks data in the wake of an impasse created since the Wheat Export Marketing Amendment Bill was passed in 2012.

Industry sources believe the impasse is costing growers $2 per tonne, and has been created by the refusal of some bulk handlers to support the 2015 Wheat Stocks Pilot which required them to declare their wheat stocks by grade and port zone.

A spokesperson for the Deputy Prime Minister and Minister for Agriculture and Water Resources, Barnaby Joyce, said the Minister was “committed to working with Australia’s grain growers to deliver transparency in wheat stocks through the development of a stocks reporting system”.

Minister Joyce has asked GPA and GGL to provide agreed advice on the preferred model of stocks reporting in light of the experience of the pilot.

“Once that advice is received, the government will consider how best to drive the initiative forward,” the spokesperson said.

However, no timeframe is in place for delivery of GPA and GGL findings.

GGL general manager David McKeon said GGL and GPA were working together to take a broad look at the kind of stocks information which could add value for growers, and to the industry as a whole.

“Our intention is to get it right rather than rush it.”

He said varieties, grades and port zones were among the areas being examined, and commodities other than wheat were also being considered.

“The industry is constantly evolving, and we’re trying to come up with the best structures and systems which will deliver an enduring profitable return for growers.”

Discussions around the Wheat Stocks Pilot showed that stock information on all grains could be beneficial to industry, and GPA and GGL are consequently investigating a wider range of options than was up for discussion for the pilot.

Drafting of the 2012 bill came in response to grower groups and traders who felt that bulk handlers had an unfair advantage because their warehousing and logistics roles gave them an insight into stocks held by their competitors.

As required by the Act which followed, the Federal Government established a Wheat Industry Advisory Taskforce (WIAT) in 2013 to examine the issues, including availability of stocks information, and make recommendations to government.

WIAT found that while withholding of stocks information had not led to market failure, efficiency may be gained if additional information were made available monthly for the three major wheat grades in each port zone.

It recommended this information should be reported monthly by all commercial storage providers with total storage capacity of more than 5,000 tonnes, and that the industry “self-regulate to resolve the issue”.

But critics of the bulk handlers’ position say self-regulate it cannot, and failure of the Wheat Stocks Pilot devised by industry veteran Ron Storey to gain traction proved it.

The pilot came out of Mr Storey’s report, commissioned by the Australian Export Grains Innovation Centre and funded by a Federal Government payment to the GRDC to look at a range of “industry-good” projects for the export wheat sector.

Boggabilla farmer, aspiring politician and former chairman of GPA, Peter Mailler, has been outspoken in his criticism of the Federal Government’s failure to compel bulk handlers to divulge their wheat stocks positions, and claims it is costing Australian wheat growers $3-$5 per tonne.

“The Minister is now suggesting the industry is responsible for providing the model and method for stocks reporting before he can act,” Mr Mailler said.

“It was never the responsibility of the production sector to provide the model and it is nothing more than political buck-passing to suggest the Minister is hamstrung from action while he waits for growers.”

Prior to 2012, stocks data was made available through the Australian Bureau of Statistics.

Australia has more than 50 bulk handlers, with the largest being CBH, GrainCorp, Cargill, Viterra, Emerald and Bunge.