Is grain cheap compared to fertiliser? 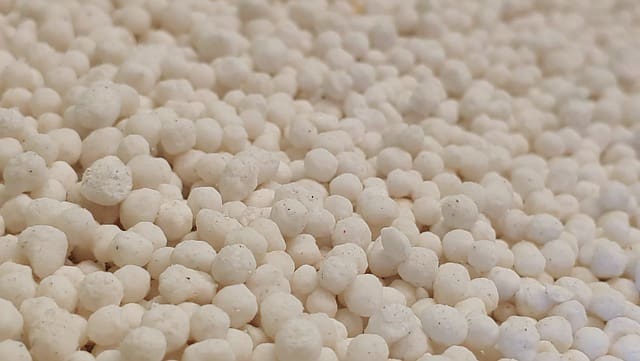 Fertiliser is a huge cost for farmers in Australia (and the rest of the world). It is, however, not that regularly commented upon, especially in an Australian context.

It is essential to get a good handle on your input costs and what that market is doing to indicate when the best time to purchase is.

We have worked with independent fertiliser analysis firm CRU to develop theoretical pricing for Urea and DAP shipped to Australia.

The first two charts below show the fertiliser cost at the origin, plus the average monthly cost of freight to Australia converted to A$. The sources are Saudi Arabia for Urea and China for DAP. These are where the bulk of Australian fertilisers originate.

These charts give an idea of the trend of the fertiliser market in Australia. There will be a degree of variability between these prices and what you pay. These include additional local logistics, administration and retailing costs.

The model pricing shows that DAP has increased in price by A$199/t since January, and urea A$148/t. 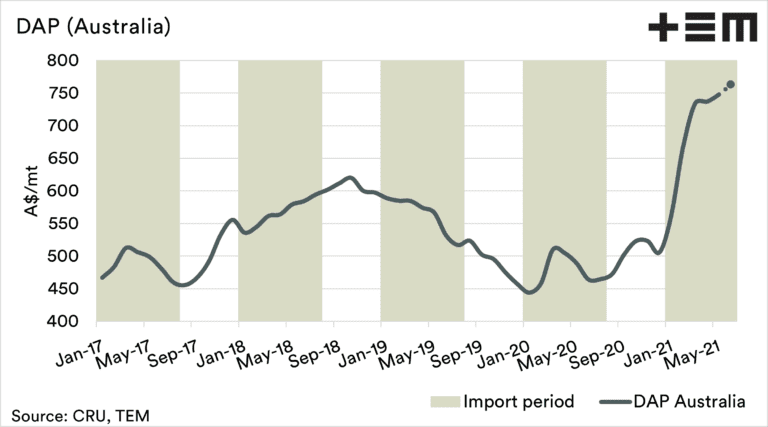 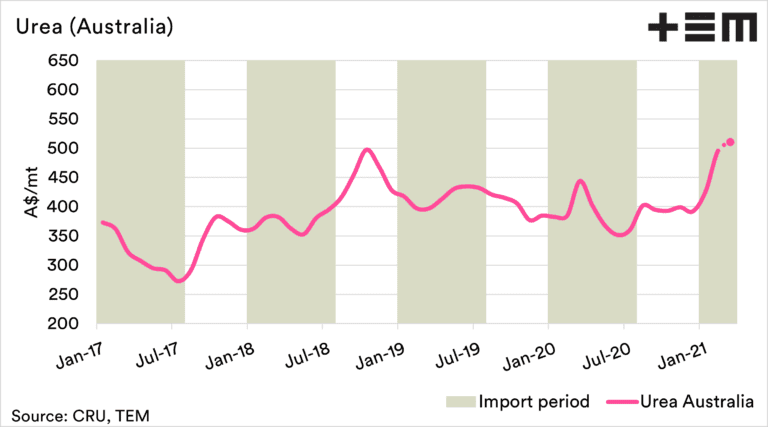 There is a close relationship between fertiliser pricing and grains. The chart below is an index of DAP, urea and corn pricing.

We can see that the pricing of these three commodities tends to follow similar trends both up and down. The cynic in me says that this is related to the capacity to pay; with higher grain prices, farmers have more dollars to spend on inputs. To an extent, capacity to pay does have a part role.

There are also logical reasons why the price rises with the movement up in grain. A higher grain price means that farmers are more likely to put as much into the crop to maximise yield and acreage growth.

This causes demand, for a time, to exceed supply. So there is some logic behind why grain and fertiliser prices trend together. 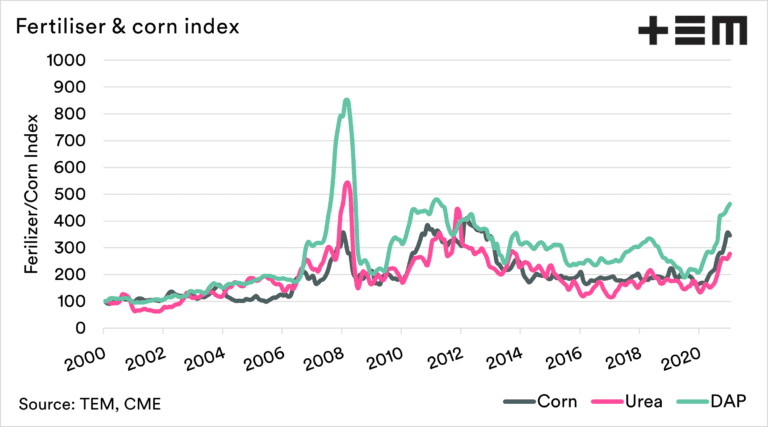 Let’s look at prices at a local level, between urea and wheat/canola. The correlation between corn and urea (United States) between 2000 and the present is 0.77. A perfect relationship would be 1, and no relationship 0.

The correlation between wheat (Kwinana) and urea (shipped to Australia) over the past four and a half years has been 0.45. At the same time, canola has had a stronger correlation over this period of 0.64. 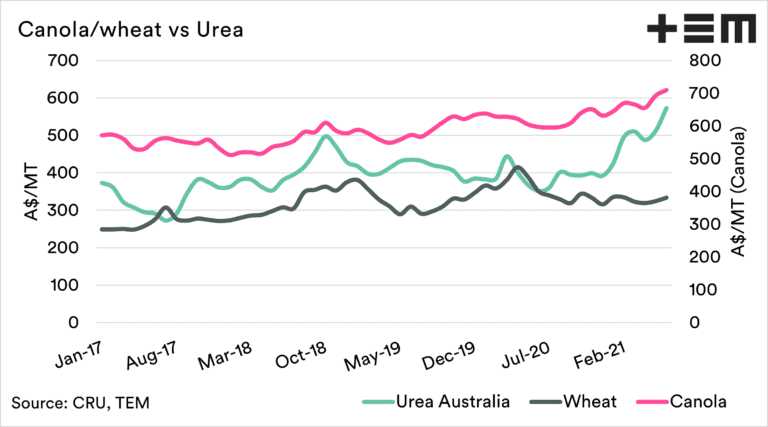 We were asked an interesting question this week on Twitter (see tweet) related to the percentage of canola price vs urea. In this tweet exchange, we provided comparisons against overseas values.

The chart below shows the theoretical landed Australia model vs Kwinana wheat/canola. This chart shows how much you would have to sell of wheat or canola to purchase 1.0t of urea (i.e. at present, you would sell 81pc of a tonne of canola to get a tonne of urea).

This is the highest price that urea has cost compared to canola in the past four and a half years. The range has tended to be between 60 and 80pc of the price of canola.

The rise of canola pricing in recent months has kept urea and canola in check. Wheat, on the other hand, is a different story.

The urea price is now 172pc of the price of wheat, the highest it has been in the last four and a half years. The average has been 126pc.

Is urea expensive? Compared to recent history, it is costly, albeit nowhere near the levels of the commodity boom of the 2000s. 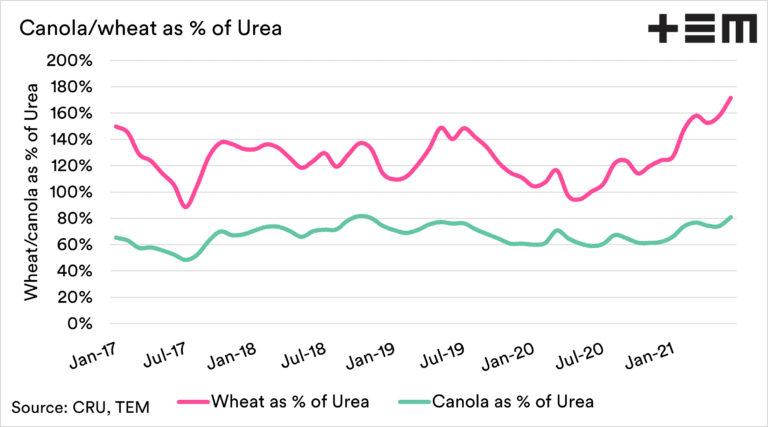 All fertiliser data for this report is completely independent, and views in this article are entirely the views of the analyst. To find out more about TEM’s independence of analysis, please read the independence charter (here).

If you are looking for in-depth, objective and independent analysis on fertiliser markets, CRU group are a great resource: https://www.crugroup.com/analysis/