Is there a future for ‘orphan’ crops? 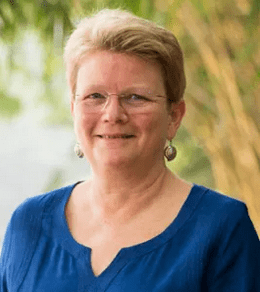 TODAY’S diet of most peoples around the world is dominated by the Big 3 – rice, wheat, and maize – which account for about 50 per cent of the world’s consumption of calories.

According to The Food and Agriculture Organization of the United Nations (FAO) about 95pc of the world’s food needs are provided for by just 30 species of plants.

In stark contrast 30,000 plant species are edible of which over 7000 species, such as millets, fonio, tef, yam, cassava, Bambara groundnut, jackfruit, mangosteen, sesame, okra and minor cucurbits, and many more were, or still are, a part of the diets of many communities around the world.

However, with the rise of industrialized agriculture, the crop diversity on our plates has reduced and only the crops amenable to large-scale industrialised farming have come to dominate our diets.

“Orphan crops are not forgotten by the peoples who subsist on them. However, they have never received global importance, they have never (or rarely) been the focus of concerted efforts to improve productivity or quality, nor have they been the focus of global value chains. They are adapted to often very challenging environments – which resonates well with our current climatic challenges.”

These crops were cultivated or collected from the wild over centuries across all regions of the world. In large parts of India and sub-Saharan Africa millets were, and continue to be, a dietary staple in addition to crops such as cassava, yam, sweet potato, Bambara groundnut, etc.

Millets are high in nutritional value and grow in adverse conditions (poor soils, scanty rainfall, high temperatures) while contributing to food security in a sustainable manner.

They make use of local agricultural biodiversity to provide nutritious and sustainable diets. Moreover, they contribute to biodiversity and help mitigate the problems of monoculture – soil degradation, high water use leading to depletion of ground water sources, overuse of chemical inputs leading to soil and water pollution, and higher susceptibility to pests and diseases.

Orphan crops are characterized by underfunding for research and development, very little attention from agriculture extension services, weak and underdeveloped value chains, lack of awareness about their nutritional value, a perception that they are a ‘poor farmer’s crop’ and low interest among farmers and industry due to lack of demand.

The neglect of orphan crops continues in today’s landscape where millions of dollars in venture capital funding are pouring into agri-tech start-ups. The latest is US$ 208 million funding for Inari, a start-up which specializes in seed technology. Inari is developing gene-edited seeds to enhance crop yield while requiring less fertiliser and water. The research will be directed to corn, wheat and soybean.

However, the situation is gradually changing. There is a growing recognition of the role of orphan crops in maintaining biodiversity, contributing to improved nutrition and local incomes in rural communities, serving as an important safety net for resource-poor smallholder farmers as these crops need fewer inputs and are often naturally resistant to the pests and diseases of the local agro-ecology as they are uniquely adapted to the environment they grow in. There is also an increasing awareness among consumers about the nutritional benefits of these crops. For orphan crops to see a resurgence in demand, action is required at different levels. It requires a simultaneous top-down and bottom-up approach. Specific policies by national governments are required to mainstream these crops as an integral part of the national food and nutrition security strategy. Policies could also include subsidies for farmers (stimulate supply side) and for the agri-food industry (stimulate demand side).

Agricultural research institutes can play a role in genetic improvement of these crops and to develop varieties and hybrids that give higher yield, greater resistance to pests and diseases which may be spreading due to climate change, and that have market and consumer preferred traits such as increased shelf life and suitable for machine processing, among others.

Agri-food processors can work with research institutes to develop the varieties they need and invest in the research and development of ready-to-cook and ready-to-eat products suitable to changing lifestyles.

Entrepreneurs can be encouraged, with technical backstopping and venture capital financial support, to improve the value chains of the orphan crops.

With positioning and information, the demand will come from consumers who are aware of the nutritional benefits and incorporate orphan crops into their diets.

Agricultural research organizations, such as ICRISAT, are working with millets, primarily pearl millet, and the minor millets such as finger millet, foxtail millet, kodo millet, proso millet, little millet and barnyard millet. The major growing region for millets is the dry regions of India and sub-Saharan Africa.

ICRISAT is working to develop millets that (i) are resistant to the major insect pests and diseases that limit production, as well as with improved tolerance to abiotic stresses, including drought, poor soils and high temperatures; (ii) are high yielding, early maturing hybrids; (iii) have higher levels of mineral micronutrients (iron and zinc) naturally found in pearl millet; and (iv) have appropriate traits for increased use as feed and fodder.

Lack of genetic material is also a concern for orphan crops as genetic diversity holds the key to development of new varieties and hybrids to meet the needs of farmers, consumers and the food processing industry. The ICRISAT Genebank conserves 24,373 accessions of pearl millet and 11,797 accessions of other millets. ICRISAT’s agri-business incubator works with entrepreneurs to improve the value chain and develop value added ready-to-eat products like crisps, bakery products, and high energy density snack foods. Many entrepreneurs have been supported from idea to commercialization to bring millet-based snacks to supermarket shelves. Supplementary nutrition projects being carried out in tribal areas in India have shown marked improvement in the nutritional status of those communities.

The Smart Food initiative of ICRISAT raises awareness among consumers and also brings together entrepreneurs, researchers and policy makers on a common platform to discuss issues around millets and sorghum (ICRISAT’s mandate crops) and ways to increase consumption and production in ways that are good for you, the planet and the farmer. Smart Food works across the value chain with private and government research institutes, farmer producer organizations, agri-food producers, entrepreneurs, non-government organizations and policy makers.

The narrative of food and nutrition security must be expanded to include the role orphan crops can play to move towards more nutritious and sustainable diets and agriculture. This calls for fresh thinking around transforming our current food systems towards more healthy, sustainable and diverse food systems. A multi-sectoral dialogue at the upcoming 2021 Food Systems Summit with all stakeholders of orphan crops will provide impetus to mainstream these orphan crops.