The winners were announced today during a Feed Central hay market outlook webinar.

Mr Thompson was the only Victorian to win a national title in this year’s awards. 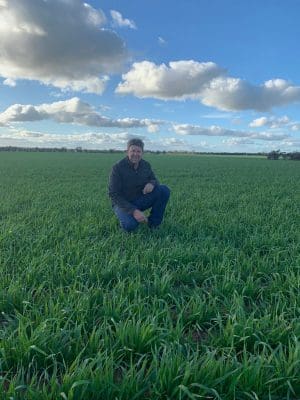 Other Victorian state category winners are Adrian Horman of Lascelles with the best cereal (wheaten) hay feed test and Russell Byrnes of Picola with the best vetch feed test.

Feed Central Managing Director Tim Ford said the winners had “gone above and beyond to produce excellent hay during a period of extreme drought across much of the country”.

“Despite gigantic demand, these producers still focused on making a quality product even though the market was willing to buy any quality at the time,” Mr Ford said.

“It was very tough in many areas and while yields were down, quality was up and these growers deserve to be commended for that.” Mr Ford said this year’s awards had been reduced because of the drought. “Queensland had no winners because there was no sizeable production, but conditions have improved and we expect that will be different next year.”

The awards cover July 2019 to June 2020, including the peak hay production period of September-October 2019.

The awards are supported by the peak body for hay and silage, the Australian Fodder Industry Association (AFIA).

“The calibre of the hay at these awards shows why our industry is valued by our customers in the livestock industries,” he said.

“Making quality hay – especially in the last season – can be challenging and it is great to see all that hard work rewarded. Congratulations to all the winners.”

The Feed Central National Hay Quality Awards are the only competition in Australia based on commercial lots of large square and round bales that are genuinely for sale.

Hay listed with Feed Central in preparation for sale is inspected on-farm by a certified Feed Central inspector and is eligible for entry in the competition.