THE threat of Australian plague locusts has been downgraded for Western Australia’s eastern wheatbelt and southern agricultural regions. 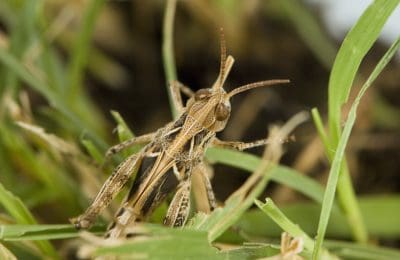 The locust threat has eased in Western Australia.

Some loose swarms are still expected to form in localised areas. These are unlikely to affect broadacre agriculture, but may impact on public amenities, local communities and people travelling through these regions.

WA Department of Agriculture and Food (DAFWA) locust incident manager Tim Stevens said the department had completed its extensive surveying program which showed locusts were currently in low numbers and at third instar to adult stage.

“A number of factors have helped reduce the locust threat this Spring including the unseasonal cold weather which significantly delayed hatchings and meant locust nymphs hatched into paddocks that had limited green feed needed to survive,” Mr Stevens said.

“With harvest now underway, we expect there will be no widespread agricultural damage from locusts this year.

“Horticulture enterprises within, or on the edge of the survey area, may still observe some locusts activity, and if needed should undertake control to protect their crops.”

Applications for the APL Assistance Scheme 2016 are open until January 31, 2017, for landholders who are still planning to spray for locust control.

The assistance scheme is open to landholders and shires seeking to control locusts in pasture, crop, fallow, greenbelts or where locusts are present on public amenities, such as ovals, through spraying with a suitable insecticide.

Landholders are encouraged to monitor their properties and prepare to undertake control if necessary.

Further information on APL or the assistance scheme is available on the department’s website, agric.wa.gov.au

To report any further locust activity to the department phone the Pest and Disease Information Service on 1800 084 881.