LOCUST activity across Western Australia’s cropping regions seems to be diminishing as cooler weather sets in, although they still pose a background threat to young, green, emerging winter crops in some pockets. 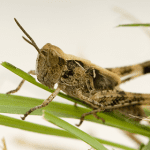 Locust numbers in WA are falling as cooler weather sets in.

Department of Agriculture and Food (DAFWA) invasive species program manager, Tim Stevens, said surveys had shown there were patches of low-level locust activity, mostly through the eastern and central wheatbelt, with some isolated higher populations.

He said the higher densities were in the Moora area and around Southern Cross and Yilgarn Shire where there had been reports of the pests causing localised damage of germinating canola.

“I suspect there may be some further damage, depending on the availability of green feed for any background populations to survive. But once it starts to cool down, the ability for locusts to move around the landscape will diminish,” he said.

“As we see it, it is unlikely what we have been seeing in our autumn surveys will create an issue in the spring. The chances at this point in time are minimal.”

AgVivo consultant, Erin Cahill, Moora, said locusts had been in high numbers in the region throughout April and early May but had not been a serious a problem because there was no crop up of any consequence at the time.

He said the combination of cooler weather, stubble burning and spraying had seen numbers fall away.

“There was a lot of burning that went on this year that thinned the numbers down, and everyone has been putting knockdown in their sprays that has thinned them down as well,” he said.

“Spring and early summer will be interesting, given how many were around.”

ConsultAg agronomist, Ashton Gray, Narrogin, said in the Great Southern at the end of April he was noticing 15 locusts every 100 metres in some paddocks, prompting concerns about the impact they would have on emerging canola crops. 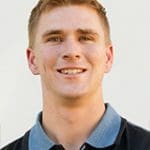 “But most farmers have been liberal with insecticides in their canola programs which seems to have alleviated the problem,” he said.

“I haven’t had anyone who has had to go and specifically target them, but in some cases they might have been spraying to target other species and locusts happened to get caught in the crossfire.”

Mr Ashton said most growers through the Great Southern were 60 to 70 per cent of the way through their winter crop sowing.

“I’d say 20pc of the state will be finished in another week’s time, and two weeks should certainly finish it for most people,” he said.

“A fair bit of crop has gone in dry. More has germinated than we expected with the subsoil moisture from summer.

“The Great Southern got between 10 and 40mm over Friday and Saturday. It was very handy. The season was on a knife edge up to that point.”