AFTER months of dry weather, which severely limited winter planting across the northern farming region, farmers should evaluate the potential risk of issues such as long fallow disorder. 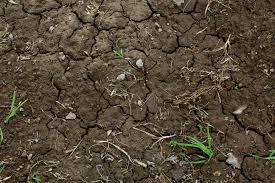 “Growers should be aware when planting their first crop after the drought that beneficial fungi known as arbuscular mycorrhizal fungi (AMF, previously known as vesicular arbuscular mycorrhizal or VAM fungi), that occur naturally in the soil, can be depleted. These fungi help crops access nutrients and grow,” Grains Research and Development Corporation (GRDC) crop protection officer north Vicki Green said.

“A low level or lack of AMF shows up as ‘long fallow disorder’ and is often found in paddocks that have been fallow for at least eight to 12 months, where AMF may have died out due to the lack of living host plants.

“The fact this season has been so dry we haven’t even had weed growth has compounded the potential issue, as most weeds are also known to host AMF.

“When long fallow disorder is present crops fail to thrive even with adequate moisture. Essentially, when AMF levels have dropped, it is difficult for the crop to access nutrients, such as phosphorus (P) and zinc (Zn).”

Mrs Green said long fallow disorder could cause yield losses of up to 80 per cent in chickpea, maize, mungbean and linseed; 60pc losses in sorghum and soybean; and about 30pc in wheat and barley.

The GRDC, together with the Queensland Department of Agriculture and Fisheries (DAF), have invested in research to improve the understanding of long fallow disorder’s impact on specific crops, as well as what action growers can take to reduce the risk.

DAF soil microbiologist Nikki Seymour said new PreDicta B tests had been developed to determine the levels of two main AMF groups, plus provisional disease risk categories within paddocks, and these tests could be useful for identifying at-risk paddocks. “I recommend growers consider testing this season, which could allow them to alter rotations to a crop less dependent on AMF and/or attempt to ameliorate paddocks with addition nutritional inputs,” Dr Seymour said.

“However, research has found that even excessive rates of P cannot overcome the effects of very low AMF levels for some crops.”

She said different crop species and varieties had different levels of dependency on AMF and P and Zn levels in the paddock also influenced whether crop growth was affected by low AMF levels.

“Non-host crops such as winter crops canola and lupins, do not contribute to building up AMF levels, therefore they are not as beneficial as say wheat or sorghum in the rotation for a future AMF dependent crop,” Dr Seymour said.

She said due to this variation in the amount of inoculum that different crops produced, cropping history and length of fallow were very important for estimating if AMF inoculum levels in soil were high or low.

“Predicting the AMF status of a particular paddock is not straightforward, nor is estimating the optimum P and/or Zn fertiliser requirements of crops that you suspect will be low in AMF,” she said.

“There is still much we do not know about how AMF survival is influenced by soil temperatures and moisture levels both in-crop and during the fallow periods. Soil disturbance can reduce AMF and therefore minimising tillage is more conducive to optimising AMF levels.”

Dr Seymour said if growers suspected low AMF, they could use management strategies to minimise the impact, such as: