ROW spacings have been confirmed as a key determinant of yield in pulse crops with Queensland research showing grain production is maximised when rows are closer together. 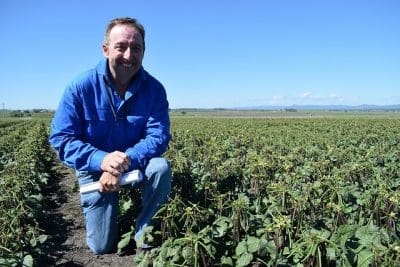 Queensland Department of Agriculture and Fisheries senior extension officer, Kerry McKenzie, Toowoomba, told growers at a field day run by the Australian Mungbean Association at Warwick that trials had shown a strong correlation between narrow row spacings and higher yields.

“Row spacings of 25 centimetres have given us peak yields in all situations with all crops in all seasons,” he said.

Mr McKenzie said it wasn’t always practical for farmers to sow on rows as narrow as 25cm, but they should aim to minimise row spacings as much as possible.

“The peak yields have always come at 25cm rows, but 50cm is a good compromise. There is always a compromise in a farming system with what you can and can’t do with things like machinery and stubble loads, so whatever you can do to get your rows closer together is going to give a yield increase,” he said.

Mr McKenzie said with earlier work confirming that narrow row spacings produced higher yields, he was now looking into why those crops were yielding more and where that yield was coming from.

“We have 25cm and 50cm trials to look at biomass and how well that biomass converts to yield,” he said.

“We are also using irrigation versus dryland to drive differences. We know it will yield more when we irrigate, but where is that yield coming from and how much of that extra biomass is being converted to grain – in other words, what is the harvest index?”

Mr McKenzie said last year’s trial, which had three different times of sowing (the start of December; mid-January; and start of February) showed that time of sowing had a significant effect on yield.

“We got the best yields with the mid-January planting. However, the third planting in February actually produced more biomass – it produced more plant but didn’t convert it to yield,” he said.

“With the mid-January sowing we got yields of up to 2.5t/ha under irrigation whereas in the February sowing it was down to about 1.5t/ha and there was no difference between irrigated and dryland. There were differences in biomass, but couldn’t convert it to yield.

“I think one of the reasons is it was flowering in April and was harvested in May when we ran into cool weather. A lot of the minimum temperatures were below 15 degrees and we weren’t able to convert that biomass into yield.”

Mr McKenzie said he was also looking into one of the other drivers of yield – where is the crop getting its water from? 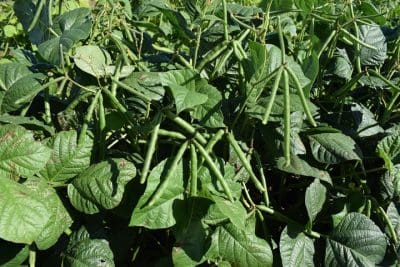 Even though mungbeans are a 90-100 day crop, they can extract water down to 90cm.

He is running trials with neutron probes in selected plots on 25cm and 1-metre rows. There are two probes per plot looking at the root profile and water extraction in the row.

There are access tubes in the row and also half way between the rows to see where the crop is taking its water from, to what depth and how wide.

“One of the interesting things we found last year is the 25cm rows always yielded better and extracted slightly more water, but when you looked at the 1m row spacings and compared the tubes in the plots, more water from the top levels was disappearing out of the interrow space,” he said.

“You would think water extraction would be higher where most of the roots are within a row, but that wasn’t the case down to about 50cm. There was more water disappearing from the interrow space that from within the row. I think a lot of that has to do with evapotranspiration.

“In the 25cm rows the plants cover the whole plot whereas with the 1m rows there is a big gap between the rows, leaving the ground open for the sun to remove water through evaporation.

“At the lower depths within the profiles, the extraction amounts even out between the rows and on the rows.”